Meet Anna Akana: All You Need to Know About Her Dating Affairs, Boyfriend, Parents and Sister Issues

By LRU Writer | On: April 30, 2019
The big celebrities and stars we see on the TV and films do a lot of great works. But there are a lot of internet stars out there as well who may not undertake such big projects but make equally entertaining and valuable works. Today let us go through one of such celebrities, Anna Kay Akana. Learn everything about her personal life. 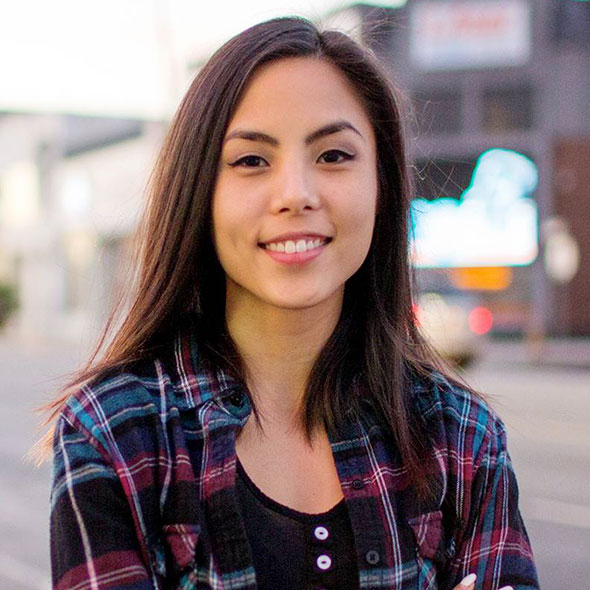 The big celebrities and stars viewers see on the TV and films do a lot of great works. But there are a lot of internet stars out there as well who may not undertake such big projects but make equally interesting and valuable works. Today let us go through one of such celebrities, Anna Kay Akana. Learn everything about her personal life.

Anna Akana is a very famous internet personality known for her YouTube videos that explore essential yet straightforward issues of life. She also often shares her personal family life. Find out everything from her family to dating life and boyfriend.

Anna was previously dating Brad Gage, another fellow YouTube actor in 2014. They were a couple for a while, and he also appeared in a few of her videos including the funny one where Anna taught him how to pole dance.

Before dating Brad, Anna had also dated former fellow YouTuber, Ray William Johnson from 27th October 2011 to 2014. The reason behind their break-up is not known, but they looked like a lovely couple appearing in each other’s videos. After their break-up, Anna spoke about it in her video: Single, Not Ready to Mingle. Brad Gage is still seen doing videos on YouTube; whereas, Ray William Johnson recently posted a video sharing his intention to leave his career as a YouTuber.

Anna found her new boyfriend in hip-hop artist, George Watsky. Well, the handsome hunk started appearing on the beauty’s Instagram handle in 2017. The YouTuber gushed about her beau while talking to The Times; she even went on to call him “the one” in her life. Well, she keeps gushing about her man on her Instagram and doesn’t leave any stone unturned to pull his legs.

Came Out As Queer

While accepting an award at 2018 Steamy award, Anna came out as bisexual. Support came pouring in from her fans all over the world when the lady took such a bold move on the public platform.

Inspiring Coming Out Story:- Sky Williams Came Out as Gay at Young Age! Dating Someone Now?

According to Anna, when she initially came out to her friends, they thought she was trying to be cool. But the young lady had always struggled with her sexual identity and finally came to terms with her sexuality.

The YouTuber later revealed that as she had already come out to her parents, she found the courage to speak out after a few shots of alcohol while accepting the award.

Anna was born to parents: William and Mia Akana. Her father was an officer in the United States Marine Corps and gave her a strict upbringing. Anna has also done a video about it. However, she has also shown her admirers that his education became beneficial once she grew up.

One of the most devastating and life-changing moments in Anna’s life came when her 13-year-old sister, Katrina committed suicide because of bullying on Valentine’s Day 2007. Since then, Anna got in a dark place until she found redemption in comedy. You can also see most of her videos where she preaches about suicide and bullying like, Please, don’t kill yourself. She later even wrote a book on this matter titled Surviving Suicide in 2013.

Anna Kay Akana was born on 18 August 1989 in California, US. Her ethnicity background is traced to be of Japanese, Filipino, Hawaiian, Irish, German, Spanish, French, and English descent.

For You:- Adore Delano Age, Net Worth, Boyfriend