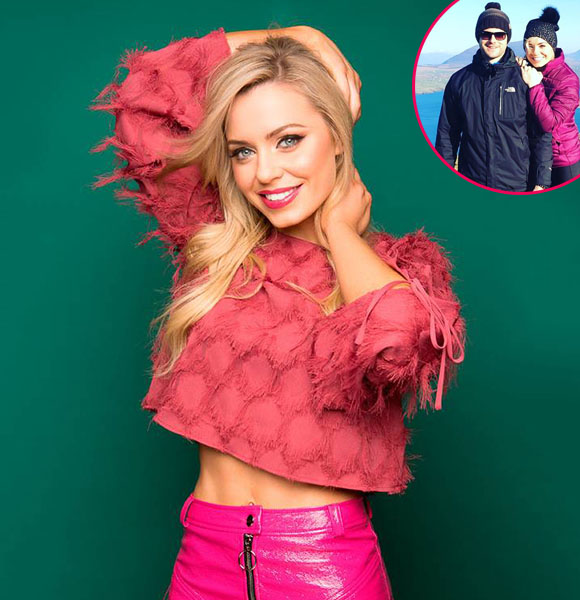 With so many relationships crumbling to nothing in the celeb world, it's hard to find couples that have been together more even more than two years.

Nevertheless, there are golden nuggets here and there. And, camogie player Anna Geary is one of them. Despite the trend of the famous and short-lived relationships, she has kept her bond with her partner secure for almost half a decade. And, it seems like nothing could come between them.

Anna was born on 28 July 1987 in Cork, Ireland. Being born to Irish parents made her ethnicity, Irish.

As for her measurements, being a fitness coach, one can expect her to keep herself at the peak, and surely she does. She has a height of 5 feet 5 inch (1.65m).

Anna attended High School at St Mary's in Charleville from 1999 to 2005. For her higher education, she moved away from her family town and went to The University of Limerick and graduated with a Business degree in 2009. Later on, she added a Post Graduate Diploma in Public Relations and Communication to her academic list.

Anna’s Relationship: Who Is Her Partner?

Diving into her personal life, not much is known about her past. And, to be honest, leaving the past where it is, is a good thing. Her present, however, is an open book.

Anna is engaged to her longtime boyfriend, Kevin Sexton. They had been dating for three years before Kevin popped the question in a friend's wedding at the Castlemartyr Resort. Kevin had waited for the right moment to ask her to make him the luckiest man in the world.

Kevin is a Dublin GAA executive, and Anna has her own thing going on. However, even with their busy job schedule, the couple has found a slither of hope and set a date to take their relationship to the next level.

Taking things full circle, the couple has planned to return to the spot of the proposal and change their status from dating to married and call themselves, husband and wife.

Anna's Professional Life Plus Net Worth

Some people are just born with greatness. Many will disagree to this and say it is all about practice and persistence, but there are some exceptions to this. One such is Anna Geary.

However, she announced her retirement from inter-county camogie in May 2015. Leaving the sports behind, Anna ventured into new territories with common grounds.

She joined RTÉ One's reality show, Ireland's Fittest Family as a coach and made it to the final three on her first debut season. Anna later returned in 2016 and won the competition. She has since then worked on many projects; The Seven O'Clock, The Marty Squad, and Match Night Live.

Her most recent and notable mark would be the one she left on Dancing With The Stars, securing second place with her partner Kai Widdrington.

Having a very successful career in sports and an ongoing one in the entertainment industry, Anna has been able to gather lots of fame and respect.

Besides the name and reputation, she has accumulated quite an impressive financial portfolio. Her net worth is not public information, but it would not be wrong to assume that it is enough for her to live a lavish lifestyle.

Camogie Player The Marty Squad Dancing With The Stars