By LRU Writer | On: June 23, 2021
Blues' Rocker Hozier was an unlikely breakthrough musical artist in 2013. His very first single Take Me To Church off his then-maiden project of the same name charted worldwide...With the overnight fame came gay allegations. But, it also provided Hozier an opportunity to date some of Hollywood hotties. However, he is yet to let to lose the sight of what he set out to do. 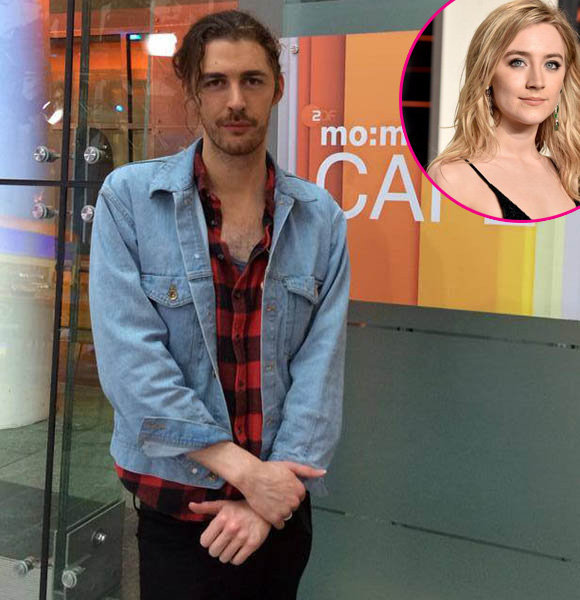 Blues' Rocker Hozier was an unlikely breakthrough musical artist in 2013. His very first single, Take Me To Church, became an international sensation and was certified as multi-platinum in various countries.

Along with hitting the headlines with his international success stories, Hozier has also been surrounded by gay rumors.

His first-ever hit - also his first musical introduction to masses - Take Me To Church embodied his Blues background to its core.

Despite the changing landscape of the music business, Hozier remains true to his lineage, crafting one conscious record after another without intent to land his next big hit. His second studio album, "Wasteland, Baby!" released in March 2019 under British label Island Records, doesn't stray from his Blues roots.

His integrity and unwillingness to give in to the musical trends have only widened his fanbase, which meant an increase in album and tour ticket sales. With his fantastic popularity and success, the 31-year-old Irish rocker definitely boasts a net worth of millions.

To think that it all began with the music video for Take Me To Church going viral is mind-boggling. The four-minute-long clip received notoriety for its pro-LGBTQIA+ messaging. Without reading much into the song's lyrics, detractors quickly labeled Hozier a closeted gay.

“The song is about asserting yourself and reclaiming your humanity through an act of love… But it’s not an attack on faith... it’s an assertion of self, reclaiming humanity back for something that is the most natural and worthwhile…”

Hozier’s life has been highlighted by his glamorous career, but he has also been the talk of the town for being linked with several celebrities in the past.

He allegedly dated his rumored girlfriend Saoirse Ronan, an Irish actress best known for her work in Lady Bird. The rumored lovebirds initially fueled the dating gossip in the spring of 2017 after they got spotted enjoying a string of intimate dates. But after the musician got spotted with a mystery brunette later that year, reports claimed that the relationship between the two was a done and dusted affair. Hozier and his rumored girlfriend, Ronan, developed a bond while working on the former's video for his song Cherry Wine a year earlier in 2016.

The Nina Cried Power crooner's other industry romance includes fellow musician Taylor Swift. He and the "Shake It Off songstress" were all over each other at the 2015 Grammy's after-party. Though his romantic life has persistently placed him at the pedestal, Hozier loathes the attention.

A staunch opposition against the use of social media for mundane updates, the Irish rocker takes pride in being a gangly introvert. Maybe, it's why he doesn't advertise his dating life online.

Thus, it is safe to assume that the musician doesn’t have a girlfriend, let alone be married to a wife.

Pre-fame, Hozier, real name Andrew Hozier-Bryne, was an aspiring musician, having toured the world with the renowned Irish choral group Anuna between 2009 and 2012.

A year before joining the band, he had dropped out of the prestigious musical program at Trinity College in his native Ireland to record demos for Universal Music.

Not only did he inherit the penchant for blues from his father, but also his height of six feet and five inches - as well as his signature hair locks. In many ways, Hozier, now age 31 as of 2021, is living his father's dream, who became paraplegic after a failed spine surgery in 1996.