By LRU Writer | On: April 03, 2019
Shadowhunter actress Anna Hopkins, age 32, is a powerhouse of talent. While not playing the evil Lilith on the hit show, she spends her time writing screenplays. Besides, the triple threat artist has also directed a sci-fi short film The Give and Take. Insight Into Anna’s Dating Life... 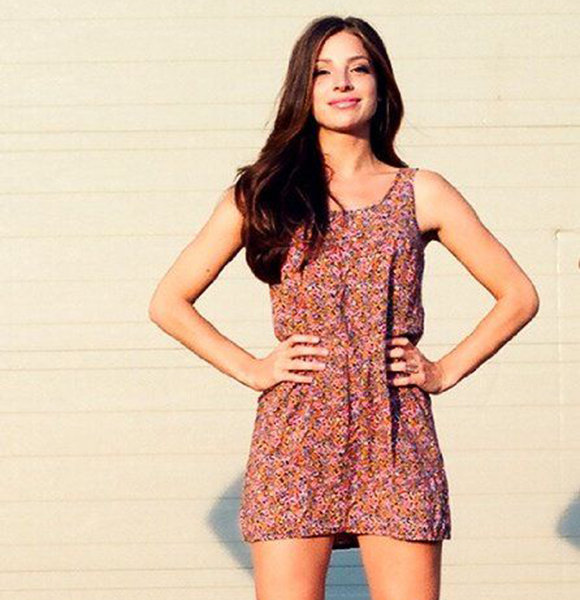 Shadowhunter actress Anna Hopkins, age 32, is a powerhouse of talent. While not playing the evil Lilith on the hit show, she spends her time writing screenplays. Besides, the triple threat artist has also directed a sci-fi short film The Give and Take.

Anna, who is focussed on having a successful career, also spares time for her boyfriend of years.

Along with her creativity filled professional life, Anna ’s dating aspect is also quite fulfilling. She is in a relationship with Daniel Barna.

Both avid Instagrammers, the love birds, started making appearances on each other’s account in 2015. Since then, the couple has been documenting their dating lives on social media. Anna and her boyfriend have celebrated a total of three birthdays together until now. The pair continue to light up their romance with regular dates to the cinemas and restaurants.

However, they have shed no plans of getting married yet. Anna may have to wait a few years before pronouncing Daniel as her husband.

The actress with English ethnicity was born in Montreal, Canada. She is the daughter of a visual artist father, Tom Hopkins. No wonder, her creativity came from her parents.

Anna - who was extremely close to her dad - went through a massive tragedy when she lost him in 2011. But, she had her mother and elder brother Jacob by her side to support her.

Her pillar of strength, Jacob is a photographer by profession. He frequently travels to Toronto, Montreal, and Berlin for his work. The extraordinary photographer also takes pictures of his little sister and posts on his social media.

Along with immense love and nurture from her family members, little Anna was brought up with feminist values. She came from a home where strong women were celebrated. Thus, her grandmother Irene Steiner, at age 88, completed her third bachelor's degree. The impressive feat made headlines in the actress’ home country.

It is due to the feminist upbringing; she even flashed her hairy underarms on Instagram. While on vacation to the Bahamas with her mom, she defied the beauty standards of the acting industry and stood her grounds.

On Her Height, Weight And Net Worth

The pretty actress is blessed with perfect measurements along with her incredible talent. The Canadian star's height of 5 feet 6 inches (1.68 m) and 56 kg (123 pounds) weight perfectly compliments her.

While Anna’s breakout shows Shadowhunters is about to end with its final third season, the talented and well-figured actor has no worries as she will surely land another job via her merits.

Talking about her money matters via acting, writing and directing jobs, she has managed to accumulate a decent net worth which isn’t out just yet.