Anthony Atamanuik From 'The President Show' Is A Married Man! Meet The Wife Of The Master Trump Impersonator

By LRU Writer | On: November 05, 2017
Anthony Atamanuik From 'The President Show' Is A Married Man! Meet The Wife Of The Master Trump Impersonator. The first thing that comes to mind when we hear Anthony Atamanuik's name is his spot-on Donald Trump impersonation on the Comedy Central show 'The President Show.' Most of us recognize him as an actor, comedian, and a writer, but, there's still more to the list!  Anthony also plays the role of a husband in his personal life! 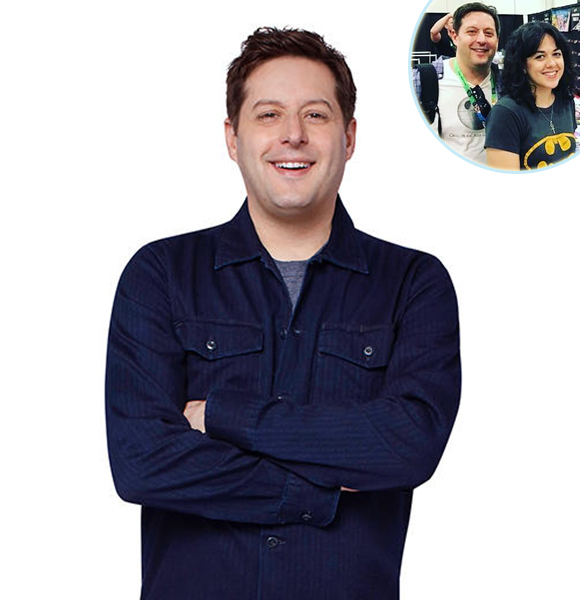 The first thing that comes to mind when we hear Anthony Atamanuik's name is his spot-on Donald Trump impersonation on the Comedy Central show 'The President Show.' Most of us recognize him as an actor, comedian, and a writer; but there's still more to the list!  Anthony also plays the role of a husband in another half of his life!

Yes, the impersonator is officially married to wife Flossie Arend, and they share a loving husband-wife relationship. But, ever since the couple got married, there are curiosities regarding Flossie, who isn't so open to the media.

So, today, let's take a stroll around in getting to know Anthony's wife, up-close!

Getting to Know Anthony Atamanuik's Wife:

Anthony Atamanuik may be seen impersonating Trump and making people laugh, but his wife Flossie Arend is someone who prefers living under the shadows. Neither has Flossie mentioned her origin nor has she revealed when she met her husband, Anthony.

Flossie also makes use of social media to share sweet pictures with her husband, Anthony.

Moreover, she also has her own website, where she defined herself as a writer and editor living in New York City. Flossie further mentioned, she likes to read books, knit, play video games and watch television and movies. She also posts her self-written materials on the site.

Along with it, Flossie also has another website, where she flaunts and blogs about her knitted items.

Besides that, Flossie can also be seen in some of Anthony's tweets and pictures on his social media. Back on April 8, 2011, Anthony shared a tweet where he stated he is having dinner with Flossie.

Similarly, recently on October 7, 2017, Anthony posted a picture on his Twitter while having lunch with Flossie. American Writer, actor, and Comedian Anthony Atamanuik was born on June 15, 1974. The master impersonator of President Donald Trump gained more popularity when he was on a 40-city "Trump vs. Bernie" tour with James Adomian, whom Anthony also refers to as a brother.

On October 12, 2016, Anthony even wished James on their one year anniversary tour to Adomian.

Caption: Anthony Atamanuik as Donald Trump on 'Trump Vs. Bernie' talking about gay rights. (Published on May 8, 2016)

Their album called 'Trump Vs. Bernie: Live' From Brooklyn, reached at #1 on iTunes and became the praiseworthy album of 2016.

Furthermore, Anthony has performed solo on his show 'Trump Dump' at the UCB New York City Theater, SXSW Festival and more. Well, his skills have not gone unnoticed, as he was honored as one of Variety's "10 Comics to Watch" at Just for Laughs Comedy Festival held in Montreal on 2016.

Besides that, he enjoys walking around the streets dressed up as Trump and fooling people. An incident that was trending around the Internet was when he encountered a little girl and asked her 'if she could take a picture of him,' to which the girl replied,

" You're a disgrace to the world " Not to mention, his impersonation of Trump reached to new heights of popularity after the hilarious scene in an episode of the ''The President Show,'' where Anthony portrayed Trump as a gay man.

Towards the end of the episode, the fake Trump goes in for an intimate kiss with Anthony Scaramucci, portrayed by actor Mario Cantone. As soon as they displayed their passionate romance, the audience burst into laughter.

Caption: Anthony Atamanuik, impersonating Donald Trump as a gay man by kissing another man on 'The President Show.'  (Published on August 3, 2017)

Anthony, the 43-year-old comedian, began his career from 2002 by starring in 'My Wife,' 'The Ghost,' and 'The Incredible Drunk,' along with his appearances in several UCB Comedy Originals and on The Chris Gethard Show. Moreover, Anthony has also worked with a lot of famous comedians like Matt Walsh and Matt Besser.

With all the popularity and fondness he has garnered through his hard-working trait, Anthony has undoubtedly accumulated a huge sum of money to his name; however, he, like many other celebrities, remains confined when it comes to revealing the actual figures of his net worth!