By LRU Writer | On: December 08, 2019
Apple Watts rose to prominent fame after landing herself as a major cast in hit reality show Love And Hip-Hop...singer is destined to find her biological dad no matter...to secure a good future for her kids without compromising...were quick to search for her before and after pics 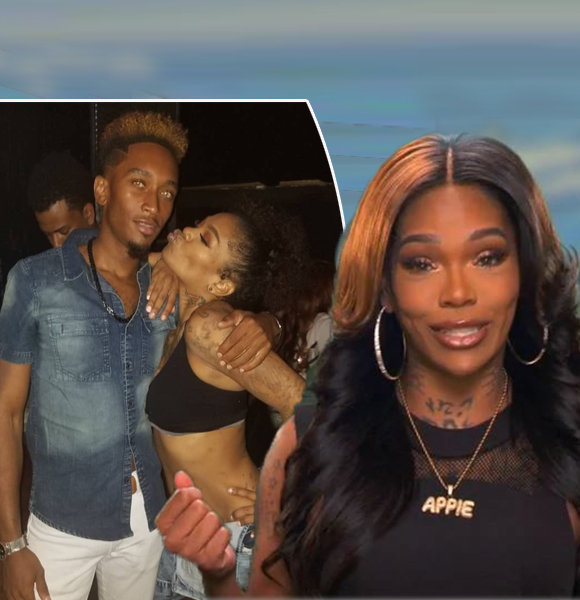 Apple Watts rose to prominent fame after landing herself as a major cast in the hit reality show, Love And Hip Hop Hollywood (2018).

Apart from a well-known icon in reality TV, she also dived into a career in music-making with her hit track One In A Million.

While Apple's recent romantic whereabouts remain a mystery, back in 2018, she was dating a cute guy named Maurice. She first introduced her partner through her Insta account with a caption that read,

Through the post, it was pretty evident that the reality star was not expecting a longterm relationship with her bae. But, the question remains if she's still seeing him.

However, as of today, Apple seems to be focused more on her kids: Richard, Kali, and Miyaki Watts. Interestingly, two of them come from different fathers. One of her sons was conceived from a sperm donor; whereas, her other kid's biological father is serving time in jail.

As a result, she has taken on the responsibility to raise them by herself. Also, on 19tth November 2019, she even shared a picture of her precious kids on her Facebook citing,

"My life I’m working hard so when I leave this earth they b set for life." So, it's pretty apparent for now that the TV icon is toiling hard to secure a good future for her kids without compromising anything.

Apple's birth father's identity remains a mystery to date as she grew up in foster care since her younger years. Also, her mother is struggling with drug addiction, but the singer is determined to find her biological dad no matter what.

Interestingly though, during her time in Love & Hip-Hop Hollywood during 2018, a man named John Watts claimed to be her real father. She first came across him after she turned into an adult. But, it came to light after a DNA testing throughout the shows that run that he had been lying about being her father for many years.

On the other hand, with fame came rumors about her gender reassignment surgery. This was, in reality, fake news started by MTONews.com, which brought unverified speculation regarding her transgender sexuality. As a result, some misled viewers were quick to search for her before and after gender reassignment pics on the web,

However, the stripper immediately put an end to the rumors by criticizing the fake news through her official Facebook handle.

Facts About Apple Watts Including Age: