By LRU Writer | On: October 04, 2019
Elizabeth Hurley one of the most desirable women in the...her radiant professional career was also overshadowed by a constant...filmmaker initially declined to be the father to later be proved guilty by a... to that, her stellar body measurements of 38-26-34 inches were there for... 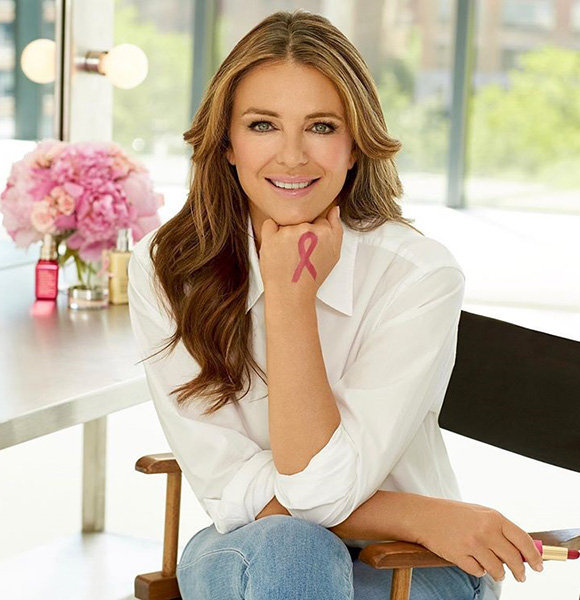 A formidable face in the modeling world, it would not be wrong to call Elizabeth Hurley one of the most desirable women in the world.

The symptoms of her great success were evident during her younger days when she won the Face of the Year competition held by a local newspaper.

However, Elizabeth was briefly remembered for her appearance in the red carpet with Hugh Grant during the premiere of Four Weddings and a Funereal.

When it comes to Elizabeth’s personal life, things start going the opposite directions. Further, her radiant professional career was also overshadowed by constant break-ups, paternity suits, and cheating partners.

It all started when she appeared with Hugh Grant in the red carpet in 1987. Following the same, Hugh was arrested in Los Angeles for his romance with a prostitute. Surprising, the model turned a blind eye to the incident. Eventually, the two parted ways in 2000.

Then, 2002 came with a bigger surprise as Elizabeth gave birth to a son named Damian Charles Hurley with producer Steve Bing. The filmmaker initially declined to be the father to be later proved guilty by a DNA test. The same year, she started dating Indian businessman Arun Nayar and married him in 2007. However, the husband and wife faced criticism for their religious aspects. Soon in 2011, the couple parted ways as the Runaways actress filed a divorce against her partner.

Later that year, she engaged with Australian cricketer Shane Warne. Like her previous relationships, the two also called off their engagement after a harsh two months of commitment.

Elizabeth Hurley was born in Basingstoke, England, and raised alongside two siblings Kate and Michael Hurley, in a family of five. Her parents Roy Leonard and Angela Hurley, admitted her to a private boarding school at 12, as she wanted to pursue dancing.

After her college graduation, she worked for theaters. The now 54-year-old featured in movies like Aria, Passenger 57, and Gems but eventually shifted to modeling.

Lesbian Love:- Charlotte Lewis Keeping Husband Or A Partner Hidden? Or Doesn't Have One Because Of A Haunting Past?

As a model, Elizabeth’s height of 5 feet 8 inches (1.73m) and weight of 61kgs was perfect. In addition to that, her stellar body measurements of 38-26-34 inches were there for everyone to see.

Now an established personality, the actor/model, puts good use of her reputation to help raise awareness about breast cancer through her involvement in the different non-profitable organizations.

Elizabeth Hurley is a popular name in acting as well as modeling industry. She played the jolly girl Vanessa Kensington who in both parts of the hit action-comedy, Austin Powers.

Despite her involvement in the acting industry for more than a decade, she was not the break out star throughout her acting career. Still, she was the most photographed model who featured in the cover of Vogue and also worked for the famous brand, Estee Lauder.

Now, she enjoys a lavish lifestyle boasting her $35 million net worth. Adding to her vast bank balance, she owns an English country estate worth $11m and a Doddington Hall in Herefordshire worth $6 million.