By LRU Writer | On: January 21, 2020
Ashley Graham is a plus-sized model who has appeared for magazines such as Vogue...is married to Justin Ervin...the toughest challenge they ever faced... dated for a year...decided to get married to each other on...the delivery date and the gender of the baby...their first son arrived on the earth on 18th January 2020...her age and height are given below... 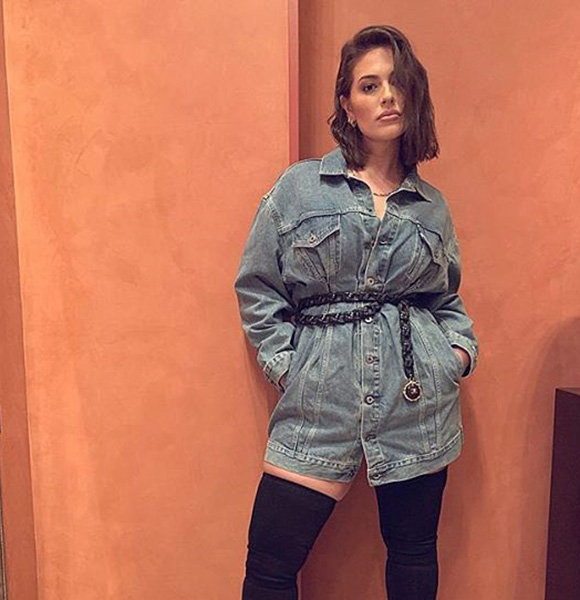 Supermodel Ashley Graham is known for her appearances in fashion magazines such as Glamour, Vogue, YM, and Sports Illustrated. She became the first-ever plus-sized model to appear on the cover of the Sports Illustrated’s Swimsuit Issue in 2016.

Apart from this, she has appeared in commercials for fashion brands like Levi’s, Target, Nordstrom, Bloomingdale’s, etc. Ashley is also the official judge of America’s Next Top Model.

Ashley is married to Justin Ervin. They have been together for more than ten years.

The couple first met at a church in New York City around late 2008 to early 2009. They went on a date a few days after their first encounter and even talked about having kids on their date. Naturally, Ashley didn’t take much time to realize that Justin was the one for her.

More about Justin:- Justin Ervin's Wiki: Everything You Need To Know About Him, His Relationship With Wife and Their Struggles

Justin proposed to Ashley in 2009, and she accepted. Before the proposal, Justin designed the ring himself and made it different from what everybody else would wear.

It took only a year for Ashley to go from dating Justin to getting engaged and eventually marrying him. The pair’s wedding was held on the 14th of August 2010.

However, they took more than nine years to announce the arrival of their first baby.

On the 14th of August 2019, on their 9th anniversary, Ashley announced that she was pregnant with a baby.

Following that announcement, she also revealed the gender of the baby, along with when she was due, on The Ellen DeGeneres Show on the 7th of November 2019. The day that Ashley had been waiting for arrived on the 18th of January 2020 as their son came into the world.

She took to her Twitter two days later, on 20th January to announce the birth of her son, and also thanked her fans for their support during the time she was pregnant.

Another Supermodel:- Who is Victoria Model Barbara Palvin Dating After Romance With A-List Boyfriend? Bio Reveals