By LRU Writer | On: June 21, 2019
Austin Abrams is the actor known for playing the role of Ron Anderson in the TV series...Like any relatively successful actor in Hollywood, Austin is not immune to gay...played a character named Clay who shared...complicated relationship with his girlfriend, Blair... 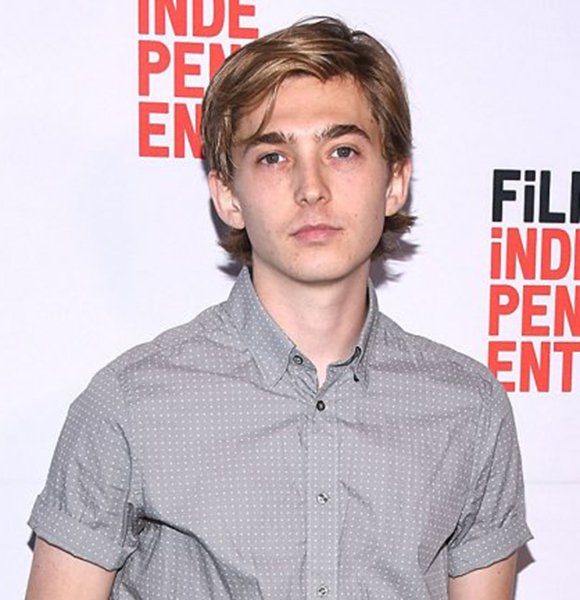 Austin Abrams is the actor known for playing the role of Ron Anderson in the TV series, Walking Dead.

He got bitten by the acting bug pretty early in life when his mother put him in the acting summer class. The training led him to decide to be an actor at the age of five.

Since then, he has worked towards making his passion a reality. Well, he is set to star in the movie, Scary Stories to Tell in the Dark and Chemical Hearts alongside Riverdale‘s Lili Reinhart in 2019.

Like any relatively successful actor in Hollywood, Austin is not immune to gay rumors. However, there is no mention of his boyfriend or girlfriend history for that matter; he doesn’t have a social media account.

Thus, it is hard to track his dating history. Maybe he is single and looking for the one true love. No matter his dating status now, an eye on his potential girlfriend or boyfriend will not stop to rest. Austin Abrams in a still from the season six of TV series, Walking Dead in 2016 (Photo: s.yimg.com)

Nevertheless, fans had rejoiced when he got locked as the lead of Hulu’s Less Than Zero. Unlike his real dating life, he was to have a reel romance in the show. He played a character named Clay, who shared a complicated relationship with his girlfriend, Blair.

Sadly, the pilot didn’t get picked by Hulu and got shelved.

Well, fans, now, have another opportunity to see his romance with his on-screen girlfriend, Lili Reinhart in the upcoming movie, Chemical Hearts.

In the film, the Euphoria actor of height 5 feet 8 inches (1.73 m) will play a guy named Henry Page, who has never been in love. As a single boy, he focuses on his aim of becoming an editor of the high school newspaper until a transfer student named Grace Town - played by Lili - walks into his life.

Austin likes to remain low-key and focus on his craft; thus; not much information is out about his family.

But, he has let it slip that his parents Lori and Bradley Abrams are doctors. The talented pair sure support their son to pursue a career diverse than their own. In addition to love and care, Austin boasts Ashkenazi Jewish ethnicity from his parents.

Interestingly, he is related to the upcoming actress, Ashley Abrams; known for 2016 short film, Silent Kill.

Austin is an upcoming actor, but in a short span, he has managed to do some decent work. His bio includes movies namely The Kings of Summer, John Green's Paper Towns, and Gangster Squad. Similarly, his TV shows include Shameless, The Americans, and SMILF.