By LRU Writer | On: January 03, 2020
Austin McBroom is married to his longtime girlfriend...when they first started dating that year, his partner was in doubt that...the pair are already parents to their two children...stands at the height of 5 feet & 9 inches (1.7 meters)...in 2018, Austin's verified net worth stood at an impressive...his ethnicity...wiki reveals his age... 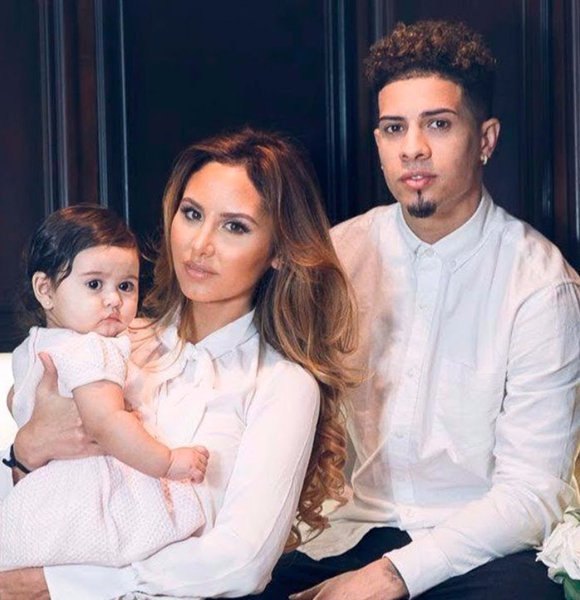 Austin McBroom is a prolific social media personality known for his series of vlogs on his YouTube channel titled The ACE Family.

As the title of his channel suggests, he posts several videos documenting his family adventures and events.

As a result of his entertaining video content, he has amassed more than 17 million subscribers on his channel. Likewise, he has a wide fan following on Instagram as well, with more than 6 million followers.

Austin is married to his longtime girlfriend, Catherine Paiz, a fitness model and prolific social media personality with more than 7 million followers on Instagram alone.

More About His Wife :- Catherine Paiz's Life Details Are All Over Social Media! From Her Pregnant Day With Boyfriend To Her Height

His wife has made several appearances in Austin's YouTube videos.

Austin first came across Catherine at a dinner party in 2015 and took a liking for Catherine instantly. Interestingly, when they first started dating that year, Catherine was in doubt that their relationship wouldn't last. During a YouTube Q&A with fans, she disclosed on the matter, saying,

Or that it's going to be. And this is the thing, this is the reason why. It's because when we met, every single relationship leading to that point has always ended. And so my initial thought was it's probably not going to last, just because every other time hasn't. And it was at the point of my life where I was like 'I think I'm going to be single forever.'

Thankfully, Austin's lover's hunch came untrue as he proposed to her in August 2017 with a beautiful square-shaped diamond ring.

The pair secretly conducted their wedding privately at their backyard and even chose not to disclose the date. However, they have plans to get married again in a lavish ceremony among their friends and family.

Today, Austin and Catherine are already parents to their two children. The YouTuber's eldest daughter Elle McBroom was born on 28th May 2016.

Likewise, their youngest daughter Alaïa McBroom made her presence into the world on 17th October 2018. Interestingly, Austin is on the verge of becoming a father for the third time as the pair are eagerly awaiting their baby number three.

His wife made the auspicous announcement through her Insta handle on 3rd August 2020. Following the announcement, star Kylie Jenner, too, rushed in to congratulate them.

Most parts of this wealth were heavily contributed by his YouTube channel, The Ace Family. As per socialblade, his yearly earning from the channel is estimated at around $3 million.

The social media icon also made lavish use of his fiance in 2019.

That year, he and his family moved into a mansion that is reportedly valued at around $10 million. Their expensive home is situated at Encino, California, and covers 20,000 sq ft space.

Facts About Austin McBroom Including Wiki :