By LRU Writer | On: January 03, 2020
Shane Dawson is a YouTuber known for his videos about conspiracies theories...he came out as...his real name is...and he has been dating his gay boyfriend...finally engaged...at the age of...has two brothers...stands at a height of 6 feet (1.8 meters)...with a net worth of...good friends with no hard feelings towards each other... 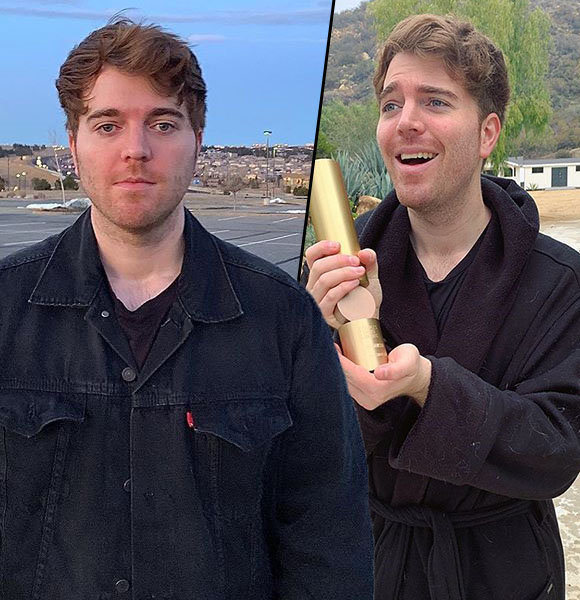 Popular YouTube star Shane Dawson has amassed a whopping amount of subscribers through his videos about conspiracy theories and reaction videos.

The YouTuber who started posting videos back in 2007, has now reached a total of more than 23 million subscribers on YouTube. And he has been quite successful as a YouTuber so far; he even won the Choice Web Star at the Teen Choice Awards in 2010.

The openly bisexual YouTube star has been engaged to his long term boyfriend, Ryland Adams, since 2019. The couple has been dating each other since 2016. It was on 20th March 2019 when Shane proposed to his boyfriend of three years on their first date anniversary.

Who Is Ryland Adams?

Shane's fiance, Ryland Adams, is a host, writer, and producer who is also a YouTuber, mostly known for his work with the famous web news network Clevver Media. He is also quite popular on Instagram, with more than 3 million followers rooting for him.

This Might Interest You:-Openly Gay Ryland Adams Engaged To Get Married, Who Is His Fiance?

Moreover, Ryland was also associated with AFI, Revolt TV, AwesomenessTV, and more as he previously worked there as a freelance host.

Shane was previously in a relationship with Lisa Schwartz- a YouTuber popularly known as Lisbug- for more than three years.

During that time, they were also engaged to each other, but the ex-couple who began dating in December 2011 broke up in May of 2015 due to some personal reasons.

As of now, the exes are pretty good friends with no hard feelings towards each other, and in August 2019, they even featured together in Lisa's YouTube video in which they talked about their failed relationship and their support for each other as friends.

Likewise, Shane was also in a brief relationship with another fellow YouTuber Garrett Watts in January 2017.

However, it is unclear when and why the couple exactly broke up.

Further, his parents are Kyle Yaw and Teresa Yaw. Shane's mother used to work at the Jenny Craig Weight Loss Center and also in sales. She also has her own YouTube channel with goes by the name MaMa Dawson.

Besides that, Shane has two brothers named Jacob Yaw and Jerid Yaw.

Shane is a bisexual who came out in July 2015 shortly after his breakup with his ex-girlfriend, Lisa.

In a video posted on his own YouTube channel, Shane explained his true feelings about his sexuality and how he had always been attracted to both men and women but chose to hide it because of his family's religious views.