By LRU Writer | On: June 28, 2019
Austin Porter was previously in a relationship with...the romance was cut short after the singer cheated...will celebrate his 22nd birthday on...born as the middle child of...released his first album in...his net worth is valued at... 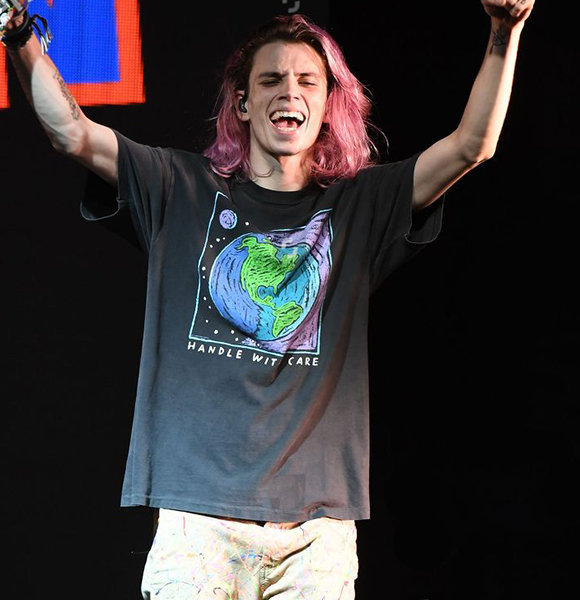 American professional singer-dancer Austin Porter found mainstream success in the music industry despite his young age and lack of experience.

His entry into Simon Cowell's band boosted his career ten-folds, but it was Austin's talent and dedication that caught the attention of Simon in the first place. With a long journey still to travel, Austin embarked on a life-long journey in pursuit of music.

Austin was previously in a relationship with actress Fiffany Luu. However, the romance was cut short after the singer cheated on his then-girlfriend with several affairs at the same time.

Fiffany exclaimed that Austin was at a house party, where he got involved with multiple women despite being in a relationship.

After breaking up with Fiffany, Austin didn't take much time in moving on. He started dating his new girlfriend, Ansley Mitchell in 2018. And, it seems like he does not have the pathological need to cheat on his partner anymore as Austin is more than happy with Ansley.

Although the two have been together for only about a year, Austin and his girlfriend have already started a family of their own with their two super cute dogs. Further, the lovers regularly feature on each other's social media feeds, which showcases their attachment with one another. Fans suspect that the two have moved in together too, but neither Austin nor Ansley has opened up on the matter.

Austin, who will celebrate his 22nd birthday on 14 August 2019, was born in Charlotte, North Carolina as the middle child of Tina and Bill Porter. His family also consists of his two siblings: older brother Mason and younger, Ryan.

Austin was influenced by music at a young age and even started dancing & drumming at the mere age of 10. Following his passion, he eventually released his first album titled One Love in 2013.

His fame attracted Simon Cowell's attention, and Austin was appointed as one of the members of Simon's band, PRETTY MUCH in 2016. The band released their EP titled Phase in 2019, which is based on the members' heartbreaks and tragedies.

Joining the band has not only brought fame but, also fortune to the young musician. Although his net worth is still under review, Austin gets a proportionate share of the band's income, which ranges $2.9K to $45.9K per year from YouTube alone.

About his measurements, Austin boasts a height of 6 feet (1.82m) while maintaining a slim body.