Who Is Alexa Demie's Boyfriend? More on Her Ethnicity, Age, & Net Worth 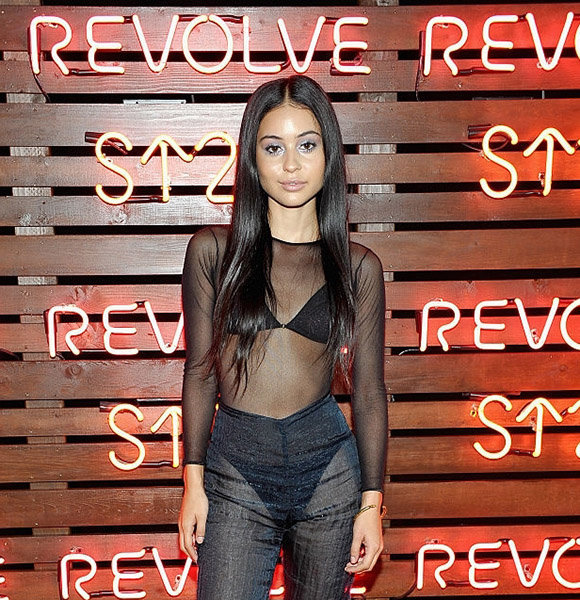 Alexa Demie is the breakout star of 2019 via her edgy role of Maddy in the teenage drama, Euphoria.

She reached the peak of her success at the age of 31. Her rising fan base makes her followers interested in learning about her boyfriend and dating life.

Well, you have come to the right place.

Well, Alexa, who stands at the height of 5 feet 6 inches (1.7m), is seen romancing heartthrob Nate, played by Jacob Elordi, in HBO’s Euphoria, and viewers seem to love their natural chemistry.

Yet, in real life, Alexa is in a romantic relationship with American singer-songwriter Christian Berishaj aka JMSN.

Cosmopolitan claims that Alexa and her boyfriend, JMSN, have been dating each other since 2017. They are said to have met for the first time on the set of JMSN's music video for 'Slide.'

In 2020, Alexa was seen enjoying her vacation in Miami, Florida, with her boyfriend. Alexa Demie and her boyfriend, JMSN, enjoy themselves on Miami beach. (Photo: JustJared)

However, Alexa and her boyfriend, JMSN, have not shared many details about their relationships.

In 2021, the duo was seen together in JMSN's 'Act Like I'm Not Here' music video. Their fans have been loving their chemistry both on-screen and off-screen.

Talking about her dating history, she is very private about her personal life and prefers to keep it away from the spotlight.

Born in 1994, Alexa celebrates her birthday on the 11th of December every year. At a very young age, the actress of mixed ethnicity had figured out that she would have multiple careers. Thus, as a teenager, she started honing her craft in acting, music, and fashion.

The multi-hyphenate artist is also the founder of the sunglasses line 'Mainframe,' which she founded while pursuing her high school education.

Alexa, who holds American nationality, acting journey kind of started when she starred in a friend's short film entitled 'Miles.' Her talent shined through the role, and she got cast in the movie 'The Godmother.' She was set to play a young Catherine Zeta-Jones, who would play the role of Griselda Blanco in the film. But, sadly, the film got shelved. Post the movie’s cancellation, Alexa, age 31, got a chance to act in independent films like the 'Mid90s,' 'Brigsby Bear,' and 'Waves.' Similarly, Alexa guest starred in TV shows, namely 'Love' and 'The OA.'

As a young talent, the actress got disheartened as she would often come close to getting a proper role but end up losing out to another actor. For example, she didn’t get the part in 'Never Goin' Back,' despite being a solid contender.

The failure had motivated her to put acting on hold, but things worked out in a way Alexa hadn’t imagined. As a singer, she collaborated with Pearl Aday on 2016 single titled 'Turnin' Tricks.' The same year, she released her first solo song, 'Girl Like Me,' and even opened for her boyfriend, JMSN’s European Tour.

Well, the 'Never Goin' Back' director, Augustine Frizell, called her for Euphoria, and she got to be part of the series. Drake serves as the executive producer of the show.

The multi-talented star was on a hiatus from her acting career and focused more on her music. But, when she read the script of Euphoria, she couldn't refuse and thus decided to become a part of it.

Currently, she stars in the HBO series along with actors like Zendaya, Jacob Elordi, and Judd Apatow's daughter Maude, to name a few.

According to Celebrity Net Worth, Alexa has accumulated a net worth of $3 million. As a working actress, she earns a salary of $50,529 per year, which adds to her increasing net worth.

Stay tuned to get more updates on Alexa Demie.