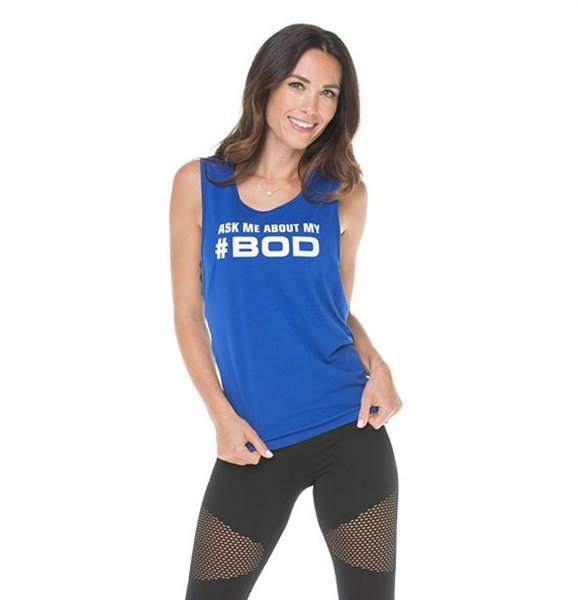 Fitness Instructor Autumn Calabrese went from working for paychecks as a personal trainer towards becoming the most viewed “Super Trainer” for the Beachbody Youtube channel.

Apart from working with Beachbody, Calabrese also has her own YouTube channel with over 248K subscribers.

After switching from working as a personal trainer, the super trainer has introduced several programs for Beachbody that have gained massive attention from the fans. Her 21 Day Fix and the follow-up 21 Day Fix Extreme were the first programs she introduced while working with Beachbody.

After the massive success of her first two programs, she created a cookbook called FIXATE which sold over 500,000 copies. After another huge hit, Autumn started a healthy cooking show by the same name- FIXATE with her chef brother, Bobby Calabrese.

Her other programs include 9 Week Control Freak and 80 Day Obsession. Besides, Autumn also has a podcast called Let's Do Life.

Autumn is very vocal about her close relationships on her social media. She was once married to her husband- Kent. The two share a son named- Dominic.

Although their marriage fell apart and ended up in divorce, the two remained good friends.

On September 5, 2020, Autumn surprised her ex-husband with a brand new Toyota Tacoma for his birthday. She shared the moment via Instagram and also mentioned him as her assistant.

After their divorce, the two co-parented their child- Dominic. Autumn is very close with her son and usually posts pictures of her son on her Instagram. On his 12th birthday on January 22, 2012, Autumn shared a picture with her son and expressed her appreciation towards him. The caption read-

12 years ago today my whole world changed. At 4:57am, after 27 hours of labor Dominic was born via C-section. He is my rainbow baby... you light up my world, you crack me up every day with your fun, loving personality. You are so smart, so talented, & kind. I love watching you grow into a young man. Today I celebrate you & I thank God for making me your mom.

Despite having divorced parents, Dominic shares a close bond with his parents and usually posts pictures with them on his Instagram. Looking at his Instagram, we can say that Dominic enjoys gaming, skating, and horse riding. Apart from that, he loves reptiles and dogs.