Baby Kaely Wiki: Everything There Is To Know About The Young Rapper

By LRU Writer | On: February 01, 2018
Baby Kaely Wiki: Everything There Is To Know About The Young Rapper A little girl in the same music video is nonother than Baby Kaely, who rose to stardom in a tender age through her rapping skills and even carved her career in it. Let's know more about her personal life in her wiki like bio! 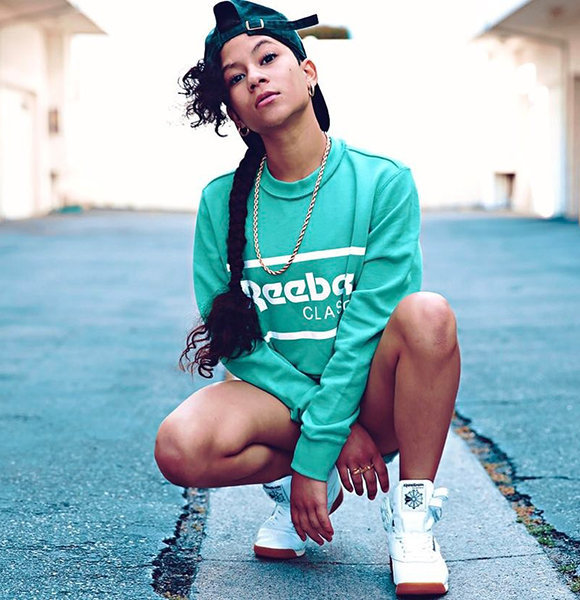 If you have a habit of surfing through the newly released and most popular hip-hop videos in youtube, then you might have gone through the music video 'What A Girl Is,' a song by Baby Kaely along with  Dove Cameron and Christina Grimmie.

A little girl in the same music video is nonother than Baby Kaely, who rose to stardom in a tender age through her rapping skills and even carved her career in it. Let's know more about her personal life in her wiki like bio!

Everything There is to Know About Baby Kaely in Her Wiki:

A young American rapper, Baby Kaely, was born on February 22, 2005, in Newark, NJ. Baby Kaely, who has three siblings named Justice, Jordan, and Jaden, resides in Florida with her family.

While gushing about her family, Kaely compared her parents with the parents of the ABC's show 'Blackish,' through a tweet back in October 2015.

Hip Hop artist as well as YouTube personality, Baby Kaely, used to recite the words of the song after listening to them on the radio at an age where babies can rarely speak a sentence. She was keen towards the music since she was three years old. She marked a place in the music industry at the age of five after she became the voice of young kids.

By 2010, Kaely's incredible talent was known to the public after she began posting the clips of her vocals and hip-hop videos on her self-titled youtube channel 'Baby Kaely.'

When Baby Kaely was at the age of 7, she wrote a song, "Heaven" with her father as a tribute song for the kids at Sandy Hook Elementary. She marked a new height in her career with the song "Heaven" as it was directed and produced by famous, American musician, rapper, singer, and songwriter, WILL.I.AM.

Will.I.Am expressed his feelings on working with Baby Kaely as,

"I am honored to have work with this 7 year old wonder child."

Henceforth, Kaely was featured in the ‘Ghetto Ghetto’ song by Will I Am, whose real name is William Adams, in the year, 2013.

Moreover, when Kelya was ten years old, she came up with a new song 'SMILE.' The song received broad audience and succeeded to garner thousands of view on her youtube channel.

Further, she even released her music album called 'Outta Space' in 2017. As of now, Baby's prime focus seems to be her musical career as she mentioned her goal to practice, even more, this year via Twitter.

Baby Kaely stays as the paradigm for every child who wants to pursue their passion. Also, the budding artist apparently has a bright future in the musical realm, and with her focus and dedication towards her career, she would go places!