By LRU Writer | On: March 05, 2020
Barrett Doss' movies and TV shows...the stage actress cited her boyfriend as one of...He starred in several movies such as Nurse Jackie (2011), Person Of Interest...she started dating in...both of Barrett's divorced while she was still a...Her father too married again and it resulted in the... 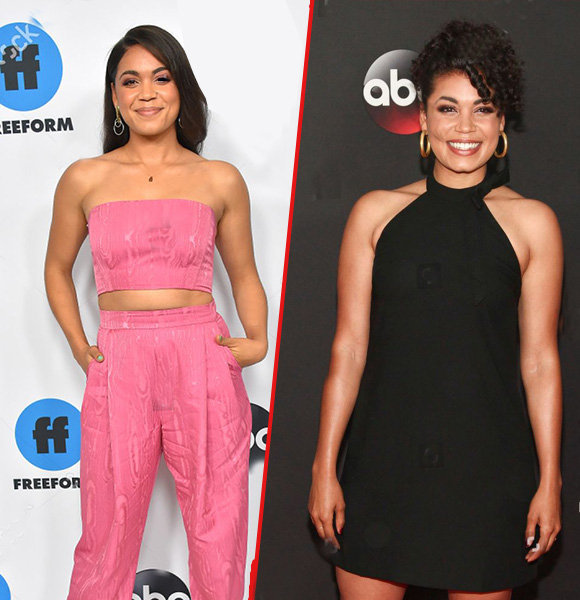 In the series, she gives recurring performance playing the character of a firefighter named Victoria Hughes. The third season of her show premiered in January 2020.

Barrett is dating actor Austin Durant. Her boyfriend has several movies such as Nurse Jackie (2011), Person Of Interest (2012), and Succesion (2018), to his credit. The two started dating in 2017. Barret even considers her boyfriend as one of her major sources of inspiration.

Barrett was born to Karl Doss (father) and Kelly Skalicky (mother). She comes from a mixed ancestry as her father is African-American, whereas her mother is Caucasian.

Both of them divorced while the actress was still a kid, and her mom later married a woman named Veronica. So, she was raised by her mothers for most of her life.

Her father also married for the second time, and it resulted in the birth of her three half-siblings: a brother and two sisters.

Barrett made her on-screen debut in 2013 with a short role-playing Eliza Lemon in the Emmy Award-winning show 30 Rock (2013). Likewise, she continued landing minor roles in several other acclaimed shows, including Person Of Interest (2014), The Pioneers (2015), and Girls (2017).

However, the artist's major breakout role was from the Netflix show, Iron Fist (2017), where she portrayed the role of a secretary named Megan. Furthermore, she was cast for major roles in the shows, Greys Anatomy (2019) and Station 19 (2018).

To date, she has only one movie to her acting credit: Marshall (2017). The film was critically acclaimed with an overall 70% rating in the popular site, Rottentomatoes.com.

Apart from being an on-screen actress, Barrett is a stage performer as well. She has been a leading actress in broadway shows, including You Can't Take It With You, Strom Thurmond Is Not A Racist/Cleansed (The Brick), and Groundhog Day.

The latter one is the adaptation of the 1993 comedy movie of the same title starring Bill Murray. The musical where she starred in the leading role of character Rita Hanson also won the 2017 Tony Awards.

Barrett was born on 20th March 1989 in Minneapolis, Minnesota.