BBC's Sophie Raworth, Married With 3 Children, Loves to Fiddle Around With the Pots

By LRU Writer | On: March 09, 2017
If a person is an actor, that doesn’t mean he only loves acting. There are many other tasks and stuff that he loves to do. Likewise, BBC’s Sophie Raworth loves fiddling around with the pots. It doesn’t mean that she gives all her time to her profession and pots. She too loves being around with her husband and children. 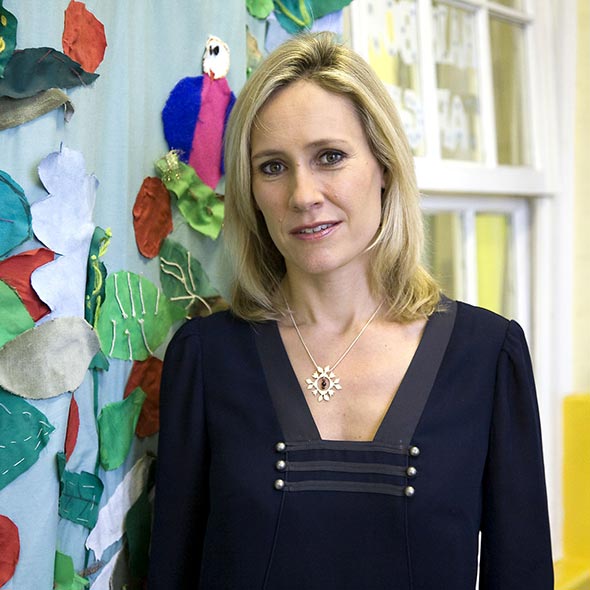 If a person is an actor, that doesn’t necessarily mean he loves acting only. There are many other kinds of stuff that they love to be indulged in. Likewise, BBC’s Sophie Raworth doesn't spend all of her time in profession only. She too loves being around with her husband and children. Fiddling around with the pots is another hobby of her that she invest her leisure time in.

Let’s have a glance on Sophie Raworth’s married life

Raworth, who completed an incredible two marathons within eight days in 2014, was married to Richard Winter at the local church in London on December 13, 2003.  Sophie and Richard were friends for five years and dated each other for a year before their marriage.

Her husband proposed Raworth on holiday in Amalfi, Italy, on her birthday. Richard is a property company director.

They have two daughters: Ella, 11, and Georgia, 10, along with a son Oliver, 8. Sensationally gorgeous and hot Sophie Raworth got pregnant with her first child at the age of thirty-five.

Mother of three children, Raworth juggles her work and family

To be a BBC correspondents and a mother of three children is itself a challenging task. Sophie roars with laughter when she is asked if she’s some Superwoman.

BBC news presenter, Sophie Raworth makes her weekend perfect by hanging out with her husband and kids as much as she can. Her working hours at the BBC are family-friendly. “I am not super-organised, but I have become the ultimate juggler. I live in dread of losing my diary, as it has everything in it from the children’s play dates to my work meetings and where I have to be. But I like being busy. I wouldn’t stop any of it, as I feel really energised. I feel lucky to be able to do it all.”

“I love fiddling around with the pots”- Sophie Raworth

Sophie’s parents had a dilapidated house in Twickenham, southwest London with a garden converted into a show garden. Since then, Sophie had been indulged in gardening. Sophie and Richard have a small place at her London home, but she still loves fiddling around with pots. Sophie said,

““We only have a small space, but I love fiddling around with the pots and I find it very therapeutic. Chelsea is going to be fantastic and I am hoping to draw massive inspiration from it all.” Sophie also helped to open a garden known as The Legacy Garden that was transplanted from the prestigious Chelsea Flower Show. This garden is designed for the First Touch charity, which supports babies, families and neonatal unit's staff at St George's Hospital.

In what might be one of the most surprising episodes of 'Who Do You Think You Are' a show where celebrities discover their ancestral identity, Sophie found out how her forefathers were, and she was not pleased.

Sophie grew up believing that she was the successor of the famous piano maker Henry Robert Mott, who played for King George IV in the late 18th century.

However, it turns out that her ancestory was actually Samuel Mott, a failure in the piano making business who was sacked and abandoned by his family.

"I came thinking I was related to Isaac Mott – the piano maker who made pianos for the king. I discover I’m directly related to his cousin who was a ‘mule of a chap’. It’s not quite the same is it?”

Says Raworth after finding of her lineage.

The news came as quite a surprise to Raworth and it didn't help when she found out about the life of Samuel Mott. Apparently, Samuel lost his parents to yellow fever at a young age him and his family moved to America, in search of a new life.

After their death, he and his siblings were separated and Samuel was taken care of by a bankrupt guardian, lived a life full of strife and hardships, and eventually committed suicide.

She was saddened by this truth but was enthralled at this discovery nonetheless and was quoted saying,

"I have been enchanted by the Motts. Like hands reaching out from the past, they really came alive. There’s a spirit in the Motts that I can still see filtering through my family now. I’m in awe of what they did, and I’m very proud to be one of their descendants."

Born on 15 May 1968, Miss Raworth completed a degree in French and German at the University of Manchester and postgraduation from City University London. She first came to public attention as the co-host of BBC Breakfast with Jeremy Bowen. In the year 1992, she joined the BBC as a news reporter.

Currently, she works as a news reader for BBC News at One, BBC News at Six and BBC News at Ten. Raworth replaced Kirsty Young as the main anchor of Crimewatch in 2016.