By LRU Writer | On: January 17, 2020
Behati Prinsloo is a model best known for being a Victoria’s Secret Angel...face of Victoria’s Secret PINK...married to Maroon 5 singer Adam Levine....wedding was held at...mother to two daughters...tattoo on her ring finger...was born on 16 May...has a net worth of...stands at a height of...Afrikaner and Angolan ethnicity.... 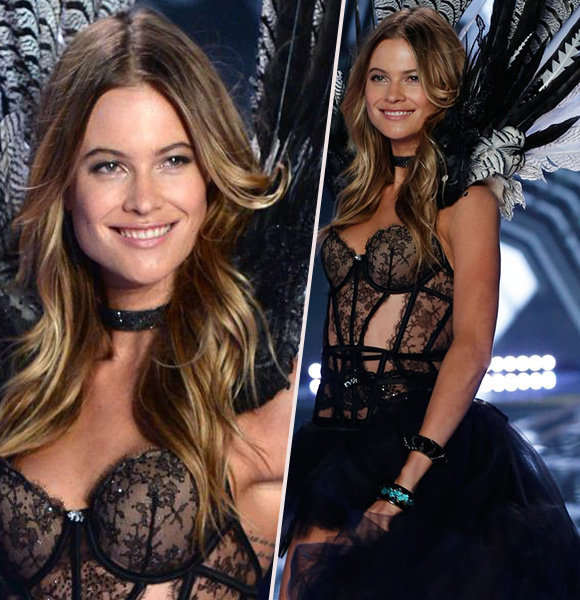 Model Behati Prinsloo is best known for being a Victoria’s Secret Angel. Behati, who started modeling from 2005, has grown into one of the most recognized figures in the modeling industry.

The face of Victoria’s Secret PINK since 2008, she has also appeared in ads for Chanel, Hugo Boss, Tommy Hilfiger, and Gap.

Adam first reached out to her through email in 2012 because he was looking for a model to star in a music video. Though the Victoria’s Secret Angel didn’t accept the offer, the two began exchanging emails often. Not long afterward, they started seeing each other.

The singer and model exchanged their vows on 19 July 2014 after two years of dating and a year of engagement. The wedding was held at Flora Farms in Los Cabos, Mexico. Robert Downey Jr., Coco Rocha, James Valentine, and Jesse Carmichael were among the 275 guests present for the occasion.

The supermodel is mother to two daughters. The married couple welcomed their first child, Dusty Rose Levine, on 21 September 2016. 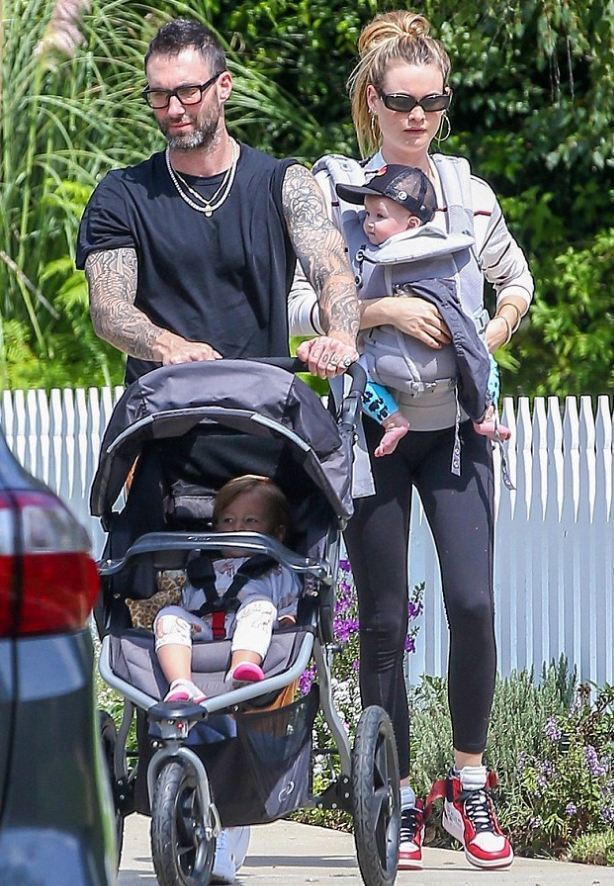 Behati Prinsloo with husband Adam Levine and kids in October of 2018 (Photo: dailymail.co.uk)

Their second daughter Gio Grace Levine was born on 16 February 2018.

Behati got a wedding tattoo on her ring finger, right above where her engagement ring sits. The tattoo is just three simple dots, and the model spoke to Yahoo Style about the inked piece. The model said that the tattoo means being one with the earth. She also added that she wanted it on her ring finger so that something of her marriage remains there even when she takes her ring off.

Her husband also got a tattoo to honor his wife and daughter. The singer inked the words “TRUE LOVE” across his fingers in 2017. Adam Levine showing the tattoo across his fingers in May of 2017 (Photo: Behati Prinsloo's Instagram)

Behati was born on 16th May 1989 in Grootfontein, Namibia. Her father, Louis Francois Prinsloo, was a Christian minister while her mother, Magda, was a bed-and-breakfast provider.

According to celebritynetworth.com, Behati has a net worth of $9 million while her husband, Adam Levine, is worth $120 million.

The Victoria’s Secret angel has walked the runway for big fashion companies like Louis Vuitton, Lacoste, and MaxMara. She has also done photo shoots for fashion editorials, including Vogue. Behati has also appeared on the cover of magazines like American Velvet and Elle.

She was also made the face of Pepe Jeans for their spring/summer campaign in 2014. The supermodel was ranked #12 on The Top Sexiest Models by models.com.