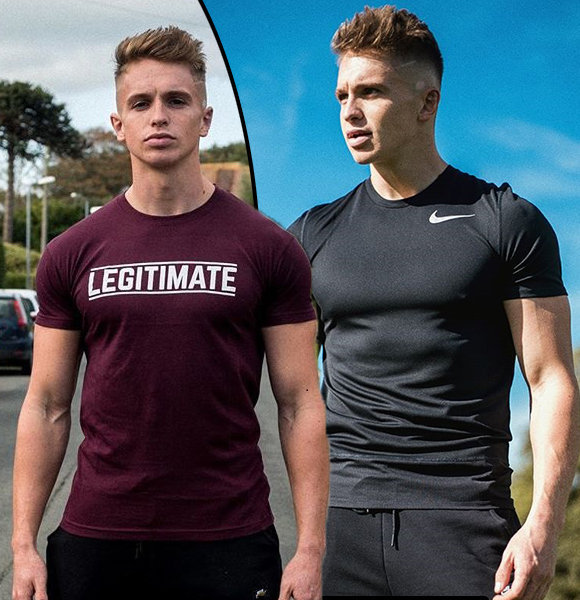 On his YouTube channel, Joe uploads varieties of contents including music, challenges, interesting vlogs, sports commentaries, and many more.

Joe Weller is quite a desirable man with good looks and a huge number of admirers.

However, he currently seems to be single. The YouTuber has not mentioned anyone as his girlfriend recently. Further, he has also not been linked to anyone at the moment.

Another Youtuber, Who Appears To Be Single:- How Much Is Ian Hecox Net Worth? Also Details On His Dating Life

Despite his current absent sort of love life, Joe's past relationship with the Instagram model, Kate Hutchins is not a secret.

Joe and Kate started dating in 2015 and were very vocal about the relationship. Moreover, Kate even appeared in many of Joe's videos. Joe Weller with his then-girlfriend Kate Hutchins in 2016 (Photo: healthyceleb)

But their relationship was not meant to be, and the duo eventually parted ways in 2016.

After his separation with Kate, Joe was also linked to YouTuber and TV personality Saffron Barker in 2017. But a confirmation never came about that rumored relationship.

Joe had a knack for making videos from a very young age.

He began his career in YouTube career by starting the channel, Nueva Films (which now goes by Joe Weller), in June 2012. But his road to fame was not the easiest.

Initially, he got many criticisms and hate comments; but he didn't stop. Joe finally got recognition when his video World Cup Song: Brazil 2014 became a viral hit and garnered more than 3 million views in a month. Ever since then, Joe's Youtube channel has been a huge hit.

Another YouTube Star:- Jordan Beau Wiki: Age, Brother, Net Worth, Who Is He Dating Now?

As for the Youtubers' net worth, although the actual figure remains under wraps, his yearly income from Youtube ranges from $11K to $175.6K.

Apart from his Youtube earnings, Joe's net worth is also contributed by his business ventures; he has his own clothing line called Legitimate.

There is no denying Joe Weller is blessed with the perfect hair, which makes him look even more handsome than he already is.

What's more interesting is that there are so many queries on the internet regarding his hair secrets. Joe Weller with his sowing off his amazing hair in October 2019 (Photo: Joe Weller's Instagram)

Well, Joe may be blessed with gorgeous hair, but he has made a bad decision regarding his appearance.

Joe is among those people who regretted after getting a tattoo. In 2018, he got inked all over his one arm. The tattoo included a woman's face, clock, and some inspiring words, among other things.

But shortly after, he started regretting it and eventually had it removed with laser treatment after six months.