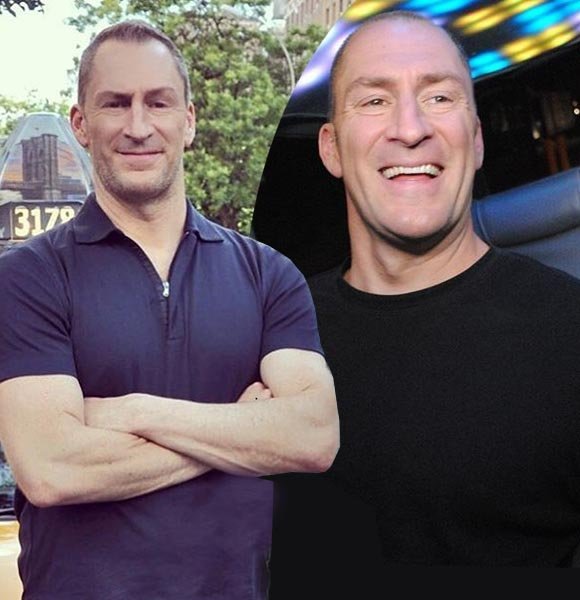 The Cash Cab host is married to Laurence Bailey. The two tied the knot in 1996. According to nj.com, Ben met his wife at Hennesey’s pub in Morristown in the mid-90s.

They have a daughter named Emma Bailey.

Benjamin Ray Bailey was born on 30th October 1970 in Bowling Green, Kentucky. His father was an executive for Chase Manhattan Bank, and his mother worked in the career center at Drew University.

Ben started his career as a stand-up comedian in 1993. Initially, he moved to L.A., hoping to become an actor but ended up answering phones at a Comedy Store.

He used to entertain a group of comics with his stories in the comedy store and was one day, called up to the stage to perform. He was 21 at the time, and after his first stand-up, he knew instantly that it was what he wanted to do.

The celebrated T.V. game show host packed up soon after and moved to New York. He took various other jobs when he wasn’t well known, with limo driver being one of them.

He got his big break in 2005 when he got the opportunity to host Cash Cab. The unique game show gained huge popularity in no time.

The podcast, Tall But True, is Ben’s storytelling podcast with co-host D.C. Benny. Each episode has a different storytelling theme, and a special guest joins the hosts. It can be found on Audioboom and Apple Podcasts.

According to celebritynetworth.com, Ben Bailey has a net worth of $6 million.