By LRU Writer | On: December 31, 2019
Natasha Leggero is among the very few successful comedians... best known for her role as...is a married woman...tied the knot to fellow comedian...had their first child together...has one perfect family with...graduated from...appeared in projects like...estimated net worth of...stands at a height of...perfect measurements of... 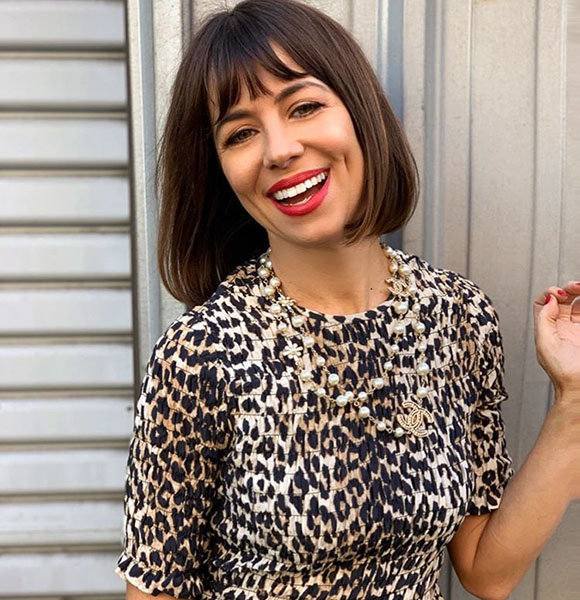 Natasha Leggero is among the very few successful comedians, who has an amazing sense of humor and excellent comic timing. Apart from being a talented comedian, she has also established herself as a talented actress and a writer.

Natasha is best known for her role as Amber Gnech in the 2009 American romantic comedy-drama movie, He's Just Not That Into You.

Well, before getting on to the details of her career, let's have a gander at her personal life.

Natasha Leggero is a married woman. She tied the knot to fellow comedian Moshe Kasher on 11th October 2015.

Following the wedding, the husband-wife duo went on a standup tour that was titled the Honeymoon Tour. On the tour, the couple made jokes about their newly married life among other things.

Further, their happiness doubled on 24th February 2018, when they had their first child together- a baby girl. Interestingly, Natasha delivered her first child without any complications at the age of 43. As of now, Natasha has one perfect family with an amazing husband and a beautiful baby girl. She often flaunts her family via sweet posts on her social media.

Natasha Leggero was an entertainer in the making from a very young age. She started acting in plays at the mere age of 10.

Later, she graduated from Hunter College in New York with a Bachelor's in Theater Criticism.

She appeared in minor roles in many TV shows, following her graduation. But, her big break came from the MTV reality show, The 70s House in 2005.

Another Big Name In Comedy:- How Much Is Jennifer Saunders' Net Worth? Know Her Career & Movies

Well, with such an accomplished career, it's no surprise that Natasha enjoys an estimated net worth of $2 million.

Further, Natasha does not seem to be slowing down anytime soon. As of now, she is busy with the pre-production of her new TV series Broke, which will be released in 2020.