By LRU Writer | On: July 22, 2018
Instagram model, Bernice Burgos has always been a controversial figure in Hollywood as she seems to attract unwanted attention through her various acts. From being a teenage mother to becoming a grandmother, she has mostly faced criticisms all her life. The model has also dated a few men, and one of her relationships even couldn't remain out of controversies. 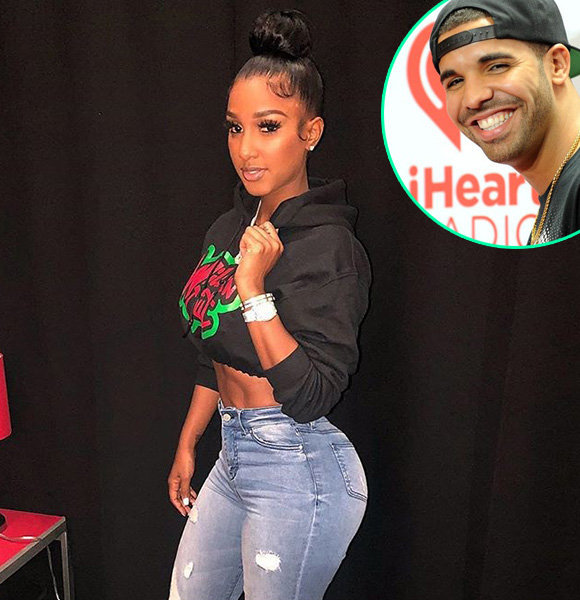 Instagram model, Bernice Burgos has always been a controversial figure in Hollywood as she seems to attract unwanted attention through her various acts.

From being a teenage mother to becoming a grandmother, she has mostly faced criticisms all her life. The model has also dated a few men, and one of her relationships even couldn't remain out of controversies.

Learn about the dating life of Bernice along with her other personal details.

Bernice's dating life has been surrounded by rumors as she has been linked to several high-profile celebrities.

Back in early 2015, Bernice was supposed to be dating rapper Drake after the two were spotted hanging out together and even made out with each other on one occasion.

At the time, Drake was on vacation in Australia, when he got pictured getting intimate with Bernice. Drake had previously mentioned Bernice's name in his song, "Odio." The pair is supposed to be longtime friends; however, their affair has never been confirmed. In the meanwhile, Drake is reportedly in a casual relationship with TV personality, Lateysha Grace.

Similarly, Bernice was also assumed to be in a romantic relationship with rapper T.I. in 2017. The news surfaced immediately after T.I. filed for divorce from his former spouse, Tameka "Tiny" Cottle-Harris in December 2016. Sources even claimed that Bernice was the reason for the pair's separation.

In one incident, Tiny even called her a "pass around bitch" on Instagram. Later, the New York-born defended herself by saying that the marriage was over long before she and T.I. started dating. However, the couple didn't last and Bernice parted ways from her boyfriend, after which T.I. moved back to Tiny only to split later.

Recently, in February 2018, the model of African-American ethnicity was supposedly dating T.I.'s close friend, rapper Quavo. The pair was first spotted together during NBA All-Star weekend in Los Angeles. An insider claimed that T.I. was surprised when he found out that his buddy was hanging out with his ex-girlfriend, but is cool with them dating each other. However, the alleged couple has not come forward to confirm their rumored relationship.

Relationships might not be of much importance to Bernice as she moves on from one boyfriend to another; however, she is excitedly waiting to welcome the arrival of the newest member of her family.

While due to busy schedules and personal issues, people are delaying to be parents until they reach the early forties; Bernice boasts a minimum age gap in her family. Bernice is about to become a grandmother and she has not even reached the age of 40.

Bernice, who became a mother at the age of 15, raised her first daughter Ashley as a single mother. Ashley, age 21, is now pregnant with a child which makes Bernice a de facto soon-to-be-grandmother.

The news of child Ashley's pregnancy attracted hate for both the mother-daughter duo. However, Bernice got back at the haters with an Instagram story, in which she defended her daughter and said that Ashley was allowed to make her own decisions as she had already turned 21.

Bernice further vowed to support her daughter and expressed her excitement at becoming a grandma. Bernice even mentioned that she is going to be a "bad grandmother." Bernice, who is set to be one of the youngest grandmothers with the delivery of her grandchild, has not yet disclosed the due date.

Bernice's beauty has always attracted people of both genders, who admire and lust her looks. Although she is 38, Bernice has maintained a young posture and beautiful body; and the reason for her never-ending youth is none other than plastic surgery.

In a July 2016 interview with The Breakfast Club 105.1 FM, Bernice mentioned that she had undergone some plastic surgery procedures to enhance her beauty. Bernice explained that she had two dents on her buttocks after the birth of her second daughter and to fill those dents; she had to endure the surgery. Bernice told the interviewer,

"I’ve done a little bit of everything… I did my butt first. That was the first thing I did after I had my second daughter. I had these two dents [on my butt] and I just wanted to fill them up."

Bernice hasn't admitted to going through other procedures other than on her buttocks. However, fans suspect that she could have undergone several different surgeries to maintain her youthly figure.