By LRU Writer | On: May 04, 2018
Betsy Sodaro has her dating life apart from entertaining people with her comedic performances. She has been seeing one of her improv group members. Betsy, who posts very little regarding the relationship that she shares with boyfriend did let her fans in on her engagement. Back in June 2017, Betsy was asked to marry by her boyfriend. 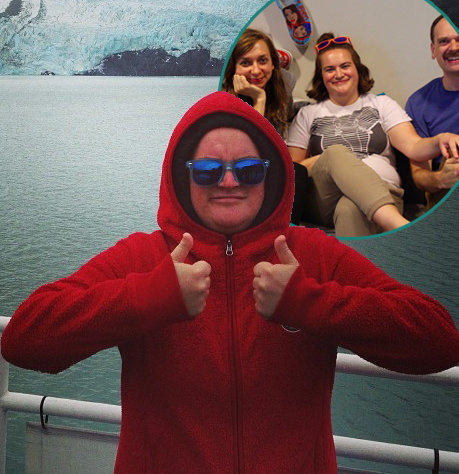 The American actress, Betsy Sodaro, who is best known for her performance in Animal Practice has gained fans for herself through her talent. If you are among them, then you surely have stumbled here looking for details regarding her personal life.

Well, even though she prefers to talk less regarding the love that she shares with her man, we have figured few things out. Join us as we walk through her personal life insights.

Betsy Sodaro, also a voice actress, has her dating life apart from entertaining people with her comedic performances. She has been seeing one of her improv group member, Drew Tarver.

Betsy, who even starred with Drew in Mother Mary, has kept most of her love life a mystery.

Even though how the couple met and fell for each other is still a mystery, it has come to light that they are talking the relationship that they have been sharing to a next level.

Betsy, who posts very little regarding the relationship that she shares with Drew did let her fans in on her engagement. Back in June 2017, Betsy was asked to marry by Drew.

While their improv group was on tour to perform in Tokyo, they visited Kamakura Daibutsu where Drew popped the question. Betsy revealed her engagement by sharing a picture of her kissing her to-be-husband in the Buddhist temple in Tokyo.

Betsy captioned the picture where she revealed that she kissed Drew after he popped the question and screamed "You Wish" to him. Betsy wrote,

#tbt when @drewtarver asked me to marry him and I kissed him then screamed at him, "YOU WISH!!!"

Well, through their Instagram posts the couple seems to share memorable moments together. After the engagement, the couple may be looking forward to getting married, but there has not been any news of it yet.

Betsy Sodaro, the comedian, was born and raised in Colorado, the western state in the United States. Betsy has three sisters who were raised together by their parents as one family in her hometown.

Betsy grew up doing theater as her father happened to be a children's theater playwright. It turns out her family used to do melodramas which included her mother on the theater show.

While Betsy did her father's shows all the time, she wanted to have a profession of a comedian when she was a junior in high school. Being born around the entertainers, Betsy knew precisely what she wanted and went for it.

Betsy earned her graduate degree in communications and theatre in 2006 and then trained and performed at the Sacramento Comedy Spot. A year later, she moved to Los Angeles.

Betsy performs in various theater houses and is part of few improv teams as well. As of now, she has been staring in television series like Disjoint (2017-2018) and has a voice role in OK K.O.! Let's Be Heroes (2018-present).

Well, she surely has made her audiences laugh till their stomach hurts with her talent and a knack for comedy.