Big Freedia Blew Off To-Be Husband! Why Did She Run From Getting Married?

By LRU Writer | On: November 07, 2019
Big Freedia Blew Off To-Be Husband! Why Did She Run From Getting Married? One of the popular name in music, Big Freedia has her quirky wedding tale as she went to the wedding chapel with her boyfriend turned fiance but never got married. Big Freedia has her reasons for not turning her finance to husband even though the duo was already at the wedding chapel together. Wondering about the reason, why don't you dig in further! 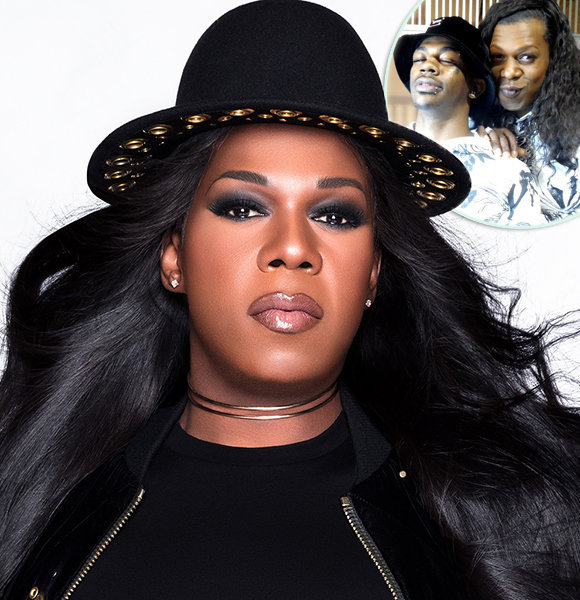 One of the popular names in music, Big Freedia has her quirky wedding tale to tell; she went to the wedding chapel with her boyfriend turned fiance but never got married.

She had her reasons for not turning her finance to husband, even though the duo was already at the wedding chapel together. Wondering what the reason was?

Dig in to find that out!

Big Freedia possesses a show called “Big Freedia: Queen of Bounce” named after her where her personal life’s events are presented. So, the show definitely did not miss to showcase the big day of their life on an episode called “Freedia Leaves Devon At the Altar.”

But on the day of her wedding, Big Freedia left her to-be husband, Devon alone at the wedding chapel. The incident surely hurt Devon, and expressing the same, he stated,

“That really hurted me dog, and I’m like, damn.”

Devon later asked the reason for leaving, to which Freedia shared that she is dealing with many issues at the moment. Freedia also pointed out her legal issues and desire to not losing focus on her career due to marriage and even stressed that she is the sole breadwinner.

However, the episode does not end there; Devon popped the question of marriage again, saying:

“Do you still want to marry me?”

But she made it clear that she wanted a bigger and better wedding, entirely different than the last time. Freedia further shared that she is in no hurry for the marriage.

“We can push the wedding a little longer and focus on my career goals.”

Moreover, she apologized for hurting Devon’s feelings but revealed that she was not sure of her own feelings.

Freedia and Devon started dating after their mutual friends introduced them to each other. The duo has been together for more than eleven years now.

Freddie Ross, better known by the stage name, Big Freedia, was born on 28 January 1981, in New Orleans, Los Angeles. Big Freedia, who attended Walter L. Cohen High School, was introduced to the artists like Patti LaBelle by her mother.

As for siblings, Freedia had a younger brother named Adam Ross, who was murdered at the age of 35 back on 24 January 2018, in Central City, New Orleans. As per police reports, he died on the spot after being shot in the head in the evening before 10 pm.

Another Gay Singer To Explore:- Gay Singer Calum Scott Long Battle With Sexuality Is Over As He's Looking For Boyfriend

Big Freedia also went on her tour, which is set from February to May 2018, and she visited New Orleans, LA, Tallahassee, FL, Gainesville, FL, Ybor City, FL, Miami, FL, and Orlando, FL. Her first concert was on 10 February 2018, in New Orleans, LA, USA.

Besides singing, she tried her hands in the interior design business as well. With her involvement in various fields, she has accumulated adequate money to her name, but the exact figures of her net worth remain confined to this date!

The bounce queen's sexuality is often confused by the public. Make no mistake, Big Freedia is a gay man, not transgender and the use of the female pronoun is intentional. Her fans preferred to call her "she" so she went along with it. She first realized that she is gay when she was in her early teenage years.

As of November 2019, Big Freedia started her tour across America called Azz Across America in October 2019. The concerts feature different collaborating artists, as well as Low Cut Connie supporting Big Freedia. The tour is supposed to have their final concert on 21 November 2019.