By LRU Writer | On: November 05, 2019
Anna Frais is officially off the market...was spotted with a massive diamond... her boyfriend... met each other on the set of the movie...created headlines when they were spotted together...perfect match for each other...Anna's ex-husband...announced their split...are co-parenting their...supportive of each other... 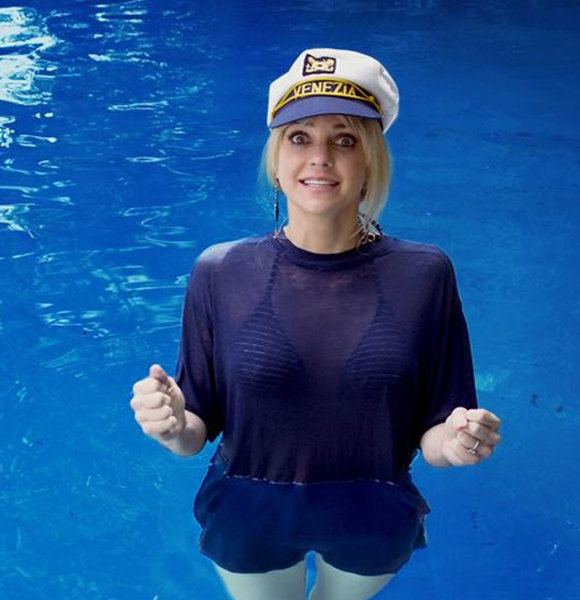 Anna Faris is probably officially off the market!

The House Bunny actress was spotted with a massive diamond ring in her hand when she stepped out in Los Angeles on 3rd November.

Anna had first sparked romance rumors with her boyfriend Michael Barrett - a cinematographer - in November 2017, a few months after her split from ex-husband Chris Pratt.

Anna and Micheal met each other on the set of the movie, Overboard, and instantly hit it off. The couple created headlines when they were spotted together for the first time, vacationing in Italy. A few months later, they were house hunting together. Things escalated pretty quickly for Anna and Michael.

And finally, it looks like the two have made their union official by putting a ring on it. Further, Anna's closed ones have dubbed Anna and Micheal as a perfect match for each other.

In a podcast on April 2019, when asked about her thoughts on marriage, Anna replied,

"I believe in love and monogamy, and I believe in the commitment … with a relationship, but I do struggle, having gone through it a couple of times."

From her reply, Anna seemed a bit reluctant. However, with the recent development and the wedding bells on the way, Anna could become a bride pretty soon.

In August 2017, when Chris Pratt and Anna Faris announced their split, it broke their fans and the internet.

Anna and Chris initially met in 2007 on the set of Take Me Home Tonight. After dating for two years, the former lovebirds got married in Bali, Indonesia, on 9 July 2009. In 2012, the couple welcomed a baby boy named Jack.

The former pair were at the peak of success in their career, and together they were one of the strongest couples in Hollywood. But, like all good things, their relationship too came to an end, breaking the hearts of their fans.

The news of their divorce came from Chris, who wrote,

"Anna and I are sad to announce we are legally separating. We tried hard for a long time, and we’re really disappointed.  We still have love for each other, will always cherish our time together and continue to have the deepest respect for one another."

Following the split, Anna and Chris filed for divorce in December 2017. Further, Anna's ex-husband Chris has already moved on in his life with his new wife- Katherine Schwarzenegger.

However, even after the split, Anna and Chris are co-parenting their seven-year-old son together and are very supportive of each other.

Before Chris Pratt, Anna was married to actor Ben Indra. Anna and Ben started dating after filming Lovers Lane together in 1999 and got married in 2004. However, their marriage was short-lived, and the two parted ways in 2007.

Anna Faris was born in Baltimore, Maryland, on 29 November 1976. Her father, Jack Faris, was a sociology professor, while her mother, Karen Faris, was a special education teacher.

The acting bug bit Anna at a very young age. She made her first acting performance as a nine-year-old. Her acting debut in Hollywood was in 1999 from the film, Lovers Lane. After that, she has acted in numerous movies and TV shows and established herself as a talented actress in Hollywood.