By LRU Writer | On: July 18, 2021
Bill Kaulitz is a German singer...He is best known through his band “Tokio Hotel”...He formed the band with his twin brother...Their debut album ‘Schrei’ charted at #1 in Germany within the first month of release... 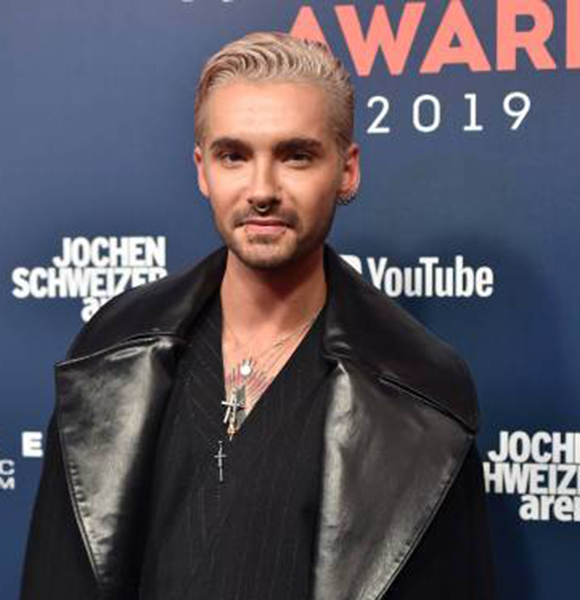 The German singer-songwriter, Bill Kaulitz, is best known as the front-runner of the band Tokio Hotel.  Prom Night, Arthur and the Invisibles, and Guitar Hero World Tour are among his acting credits.

He is often misinterpreted due to his penchant for a close to zero lifestyle. As a result, Kaulitz has earned himself the title of "Most Annoying German" by TV network ProSieben.

Wait, don't let the negative press fool you! The band's popularity has never waned, which is also not surprising. It is simply because Tokio Hotel has just had a rocky affair with the listeners for a long time.

The band is an open prey for comedians and online trolls. As a result, the singer being labeled the most obnoxious German they've ever met is a done deal as part of the love-hate bond.

Regardless of such events, the world-famous rocker did not rise to fame overnight. When he was ten years old, he began performing alongside his brother. They used to go by the name Devilish. Later additions to the group included Gustav Schäfer and Georg Listing.

When they secured a contract with Interscope Records and changed their name to Tokio Hotel, the group shot stardom. Schrei (Scream), their debut album released the same year, debuted at #1 in Germany within the first month of its release.

Since founding their band in 2001, the trio has unquestionably earned international acclaim. In addition, Kaulitz has acquired a large net worth of $30 million, thanks to a great music career.

Millions of women throughout the world are smitten by the singer. The singer's personal life, on the other hand, has remained hidden from the public eye.

But hey, that isn't to say that his fans aren't curious about him and his dating history!

Rumors about the star's romance with Natalie Franz, Ukrainian hair and makeup artist, first appeared on the internet in December 2008. Neither of them, however, confirmed the affair.

His claimed affair with the MUA, though, wasn't his first, as it turns out. Kaulitz's rumored relationship with Dutch singer Rach L. and German model Kim Paradise had also made headlines earlier.

The songwriter still has the ability to keep his listeners on the edge of their seats a decade later. Many of them thought that the superstar was gay. Finally, however, their suspicions are confirmed.

When his band was scheduled to play at Viper Room in 2015, he said,

"Love Is Not About Gender"

In contrast, his twin brother is the polar opposite.

His brother and his love life is an open book. In 2011, he married Ria Sommerfeld. Unfortunately, the romance ended in April 2016 with a divorce. He is currently married to Heidi Klum. The couple tied the knot in 2019 and have remained by one other's side since.

On September 1, 1989, Bill Kaulitz-Trümper was born. He arrived in the world with his twin brother, Tom Kaulitz, making him ten minutes younger. With his father Jörg Kaulitz and mother Simone Kaulitz, the German native was born into four. When he was two years old, his parents divorced. Again, his mother remarried, this time to Gordon Trümper.

As his physique bears witness, Bill Kaulitz is a hot rocker standing at 6 feet 3 inches tall (1.92 m) and to be the heartthrob for far too many fans!