How Many Kids Does Brad Pitt Have With Angelina Jolie?

By LRU Writer | On: February 20, 2020
Brad Pitt is a multiple-time Academy Award-winning actor known for movies such as Moneyball, Deadpool 2...was in a relationship with Angelina Jolie...has six kids with her...three of his kids are adopted, and the other three are of him and Angelina...won an Oscar in 2020 for his role in the movie Once Upon A Time in Hollywood... 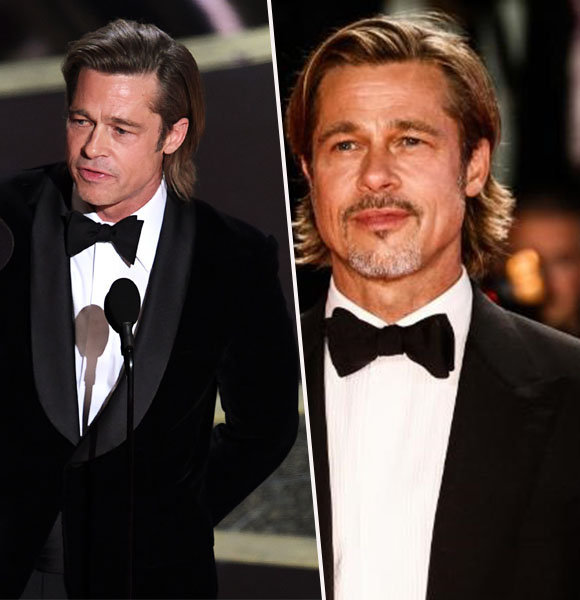 Brad Pitt is a multiple-time Academy Award-winning actor. He won his first Oscar for his movie, 12 Years A Slave, in 2014, and his second in the category of the Best Supporting Actor for his role alongside Leonardo DiCaprio in the 2019 movie, Once Upon A Time In Hollywood (2019).

Brad Pitt was in a relationship with Angelina Jolie. They met while working together in the movie Mr. And Mrs. Smith in 2005. Their relationship took off right from their first meeting, and they started dating shortly after. After being involved with Angelina for some years, they got engaged with each other in 2012. Then, the couple went on to marry twice; first, on the 14th of August 2014 in California, and second, on the 23rd of August that same year in southern France.

However, their marriage couldn’t last beyond two years. So, in September of 2016, Angelina filed for divorce. In the filing, she requested sole physical custody of their kids. Their divorce is still ongoing.

The Hollywood superstar has six children with Angelina Jolie. Among the six children, three are adopted and three are the former couple’s biological kids.

Maddox Chivan was Brad’s first kid. He was adopted while Angelina was in a relationship with her ex-husband Billy Bon Thorton. Angelina adopted Maddox in 2002; at a time when he was seven years old.

After three months of his adoption, Angelina got divorced with Billy, and he moved in with Angelina and her then-boyfriend Brad.

Brad and Angelina adopted Zahara Marley when she was six months old. They adopted Zahara, whom her mother Mentwabe Dawit conceived during a rape incident, from Ethiopia.

In 2007, the now-estranged couple adopted their third kid, Pax Thien, from Vietnam. However, technically, only Angelina adopted him as Vietnam doesn’t allow non-married couples to adopt children.

However, after Pax arrived in the United States, Brad applied to adopt Pax as well.

Shiloh was born on the 27th of May 2006 as Brad and Angelina’s first biological kid. He was born in Swakopmund, Namibia.

Shiloh dresses up as a boy. She has always stated that she was exploring her sexuality from a very young age. She is also a gender-fluid person and is an icon for the LGBTQ+ community.

Then, on the 12th of July 2008, Brad’s second and third biological children; Knox Leon and Vivienne Marcheline were born. They took birth in Nice, France. As for now, amidst their parents’ ongoing divorce, the children remain with Angelina.

Brad was involved in an investigation for child abuse in relation to Maddox in September of 2016.

According to reports, during an argument between Brad and Angelina during a private airplane flight, Maddox stepped in to defend his mother. And, in a situation where Brad was drunk, the situation quickly escalated and he reportedly hit Maddox. However, contrasting reports suggested that Brad did not actually hit his son, and the child abuse case allegations were false.

Their relationship deteriorated after the encounter, and they did not talk for a long time. However, Brad attempted to reconcile things between himself and his son. He avoided going to the BAFTAs to reunite with Maddox in February of 2020.

Brad’s Other Past Relationships

Brad previously dated actress-turned-musician Juliette Lewis. They started going out in 1990 after meeting each other for the first time on the set of a TV movie named Too Young To Die. Juliette was only 16 years old when they first got together. They broke up four years later, in 1994.

After splitting up with Juliette, Brad began dating Jennifer Aniston. They first got together in 1998 and got married on the 29th of July 2000 in Malibu, California, the United States.

However, their marriage couldn’t continue beyond five years, and they announced their separation in January of 2005.