By LRU Writer | On: August 11, 2019
Brendan Schaub is a former UFC heavyweight fighter to finish a match in the octagon via d’arce choke for...co-hosts the weekly podcast The Fighter and the kid on...r is engaged to longtime girlfriend Joanna Zanella and shares a son named...soon to be husband and wife are planning to start a family of their own and are expecting... 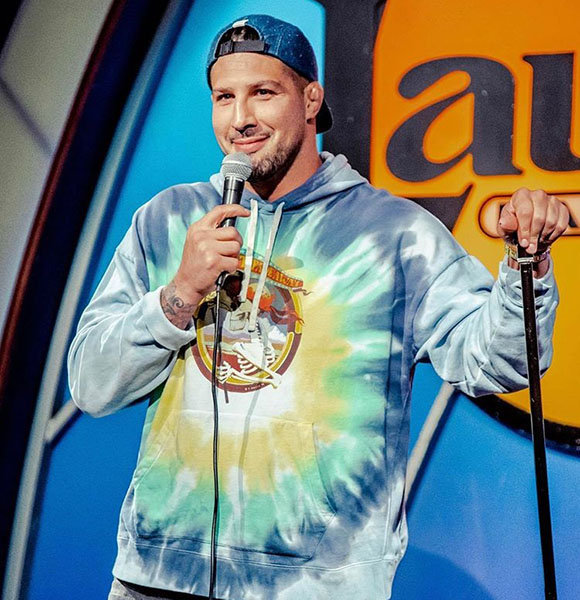 Brendan Schaub is a former UFC heavyweight fighter and the first in history to finish a match in the octagon via d’arce choke. The combatant burst onto the scene with four undefeated bouts in a trot before giving up on his fighting career in 2014.

Post-retirement, he shifted to focus on podcast, stand-up comedy and acting. For now, he co-hosts the weekly podcast titled The Fighter & The Kid. Also, he is a frequent feature on one of the most popular podcasts in the world, The Joe Rogan Experience.

Brendan Schaub has been called a lot of things by people, but gay is not one of those things.

The former professional fighter is engaged to longtime girlfriend Joanna Zanella, and the two even share a son named Tiger Pax, who was born on 21 February 2016. As of now, the soon to be husband and wife are planning to extend their as they expect a new baby in 2019.

Brendan Schaub was born on 18 March 1983 in Aurora, Colorado to English mom Debra and American dad, Peter Schaub. The Schaub brothers: Brendan and Jay Schaub were raised in a family of four.

As a teenager, he was interested in learning mixed martial arts and Jiu-Jitsu. But, during his college days, the podcaster inclined towards playing college football. The Aurora native was included in the 2006 NFL draft but did not meet the cut for the big leagues.

Have A Look:- Jimmy Smith Wife, Girlfriend, Married, Net Worth

He later decided to follow a career in fighting and made his MMA debut in 2008. Possessing a towering height of 6 feet 4 inches(1.93m) and decent bodyweight to compliment his massive body, Brendan could easily scare his opponents with his muscular build and mean-looking tattoo.

Placed second in the Ultimate Fighter, the comedian soon called quits to fight to focus more on his podcasts and hosting jobs. As of now, the 36-year-old is a frequent feature in the podcasts and standup-comedy shows.

Brendan Schaub was a popular name in the American mixed martial arts industry with an MMA record of 10-5. The former heavyweight fighter was the Ring of Fire Heavyweight in 2009 and grabbed all the spotlight when he appeared in the Ultimate Fighter: Heavyweight Finale.

Bringing the aggression and flare in the fighting ring, Brendan bagged a lot of fortune from brand endorsements, sponsorship, and recurring octagon bouts. Furthermore, he also co-hosted podcasts and performed in standup shows, which increased his net worth by a vast margin.

As of now, Brendan is focused on his podcast works and accumulates a hefty net worth of $3 million.