By LRU Writer | On: July 30, 2019
Branded the most attractive woman in MMA, Miesha Tate is a former...fans will recognize her by her iconic...retired from the ring after she won the...in a relationship with fellow former...welcomed a baby girl into their family on the ... 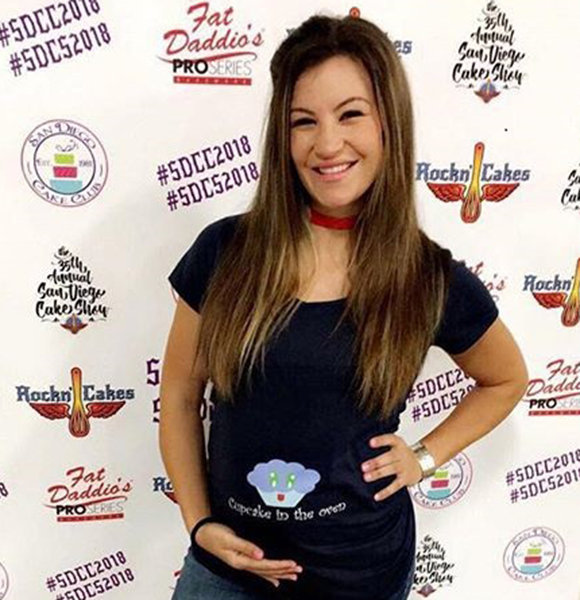 Branded the most attractive woman in MMA, Miesha Tate is a former martial artist and UFC fighter. Most fans recognize her instantly for her iconic double-leg takedowns.

When Miesha lost against Ronda Rousey twice competing for the UFC Championship, she almost quit. But, she eventually decided to stay around, and it paid off as in her third attempt, Miesha emerged victorious against Holly Holm and won the title.

Born as Miesha Theresa Tate on 18 August 1986, Miesha is an American by nationality. She was raised by her parents: Rob Tate and Michelle Tate in Tacoma, Washington. The former MMA star also has a sister in her family, named Felicia Martin.

As for her education, Miesha attended Franklin Pierce High School, and later enrolled in Central Washington University for higher education.

Regarding her physical appearance, Miesha has a well-maintained trim physique with a weight of 61 kgs at the age of 32. She stands with a considerable height of 5 feet 6 inches (1.68 m).

Married Or Single? Who Is Boyfriend/Husband?

On the 1st of January 2018, Miesha revealed that she was in a relationship with Johnny Nunez. Like herself, Johnny is also an MMA fighter.

While Miesha and Johnny are yet to get married, they have already taken the next step in their relationship. Four months after announcing her relationship, Miesha became a mother. She gave birth to her daughter Amaia Nevaeh Nunez on the 4th of June 2018. Although Miesha relishes a happy relationship, Johnny wasn’t her first boyfriend. She was previously in an affair with Bryan Caraway. Bryan was her boyfriend from university and later went on to become her trainer.

Miesha began her fighting journey when she was in high school. She managed to bag the High School Women's State Championship in 2005 and later secured wins at the World Team Trials. It was in 2006 when she officially started her career in MMA with a debut at the HOOKnSHOOT Women’s Grand Prix.

Another UFC Couple:- Anthony Pettis in a Perfect Dating Affair! Only Love Between Him and Girlfriend

After almost a decade of going toe to toe with opponents, Miesha announced her retirement in November 2016. Even after her departure, the former mixed martial artist found a way to keep in touch with the sport. As of 2019, Miesha is working as a Vice President for ONE Entertainment.

With a beautiful, rewarding career in MMA and a corporate career yet in the works, Melisha relishes a lavish lifestyle. Her decade long endeavor has resulted in a net worth amounting to $6 million.