Does Briana Latrise Have A Secret Baby & Husband? 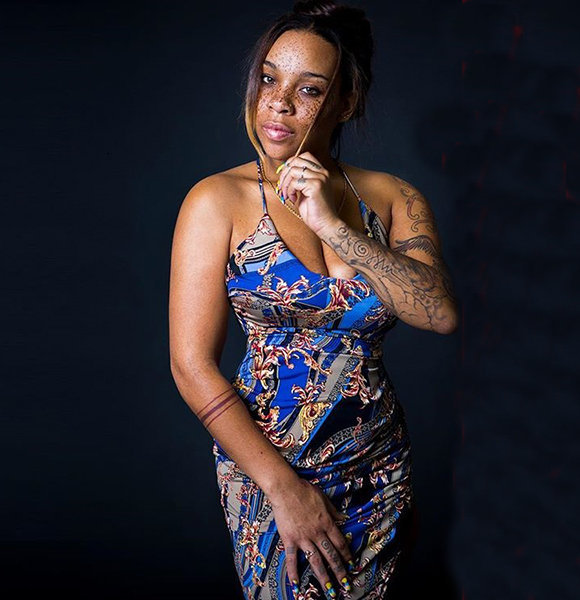 People think highly of being a celebrity’s baby until they realize their struggles. There are a lot of celebrities’ children who do not want to come into the spotlight. However, it's a different case for Briana Latrise.

Despite being a celebrity kid, Briana Latrise never really had the privilege of using her social status or her parents' (celebrity father and mother) name to boost her career. Instead, Briana had to go through all her struggles alone.

At one point, Briana was homeless and pregnant. She had to take care of her baby all alone.

Briana Latrise Isaacs, age 34, is the mother of one son. Unfortunately, she suffered severe financial problems in 2013, and the issues brought more complications after finding out about her pregnancy.

For worst, she had to face being homeless and ignored by her parents, father Kendu Isaacs, and stepmother Mary J. Blige.

The blogger accused Kendu of leaving her penniless when she was pregnant, despite him having a net worth of millions.

After handling her own life, Briana gave birth to a baby boy. However, she still has kept the identity of her baby's father a secret. She didn't even reveal if the man she conceived the baby with was her boyfriend or husband. She only gushed about how her father had promised to give her everything once she completed high school and how he came fake of those vows.

Although the father-daughter duo shared some troubling moments, it seemed like their hard feelings faded when Briana supported her dad during his divorce from Mary.

Kendu, who demanded an alimony payment of $129K a month, was heavily criticized for asking for the money. However, Briana defended her father, claiming he had a significant role in boosting Mary's career. She also argued that her father acted as Mary's manager during their marriage, so Kendu was entitled to receive the minimum payment demanded by him.

Briana's defensive approach toward the producer made everyone think that the father-daughter duo had worked on their issues and was happy to put aside their differences.

However, the truth kicked in November 2018 when she made a derogatory gesture toward her father in front of her then 50.4K Instagram family. Briana, then age 32, quoted her dad as "garbage" for not looking after the well-being of his grandson. She also claimed she only had three photographs of them together.

In addition to an estranged relationship with her father, Briana experienced the wrath of a boyfriend when he brutally assaulted her.

Briana once dated Iman Omari, a Dj and a producer. They dated for almost three years, but Briana shared about never maintaining a healthy relationship with her boyfriend.

Although they looked romantic on the surface, the couple's affair was infested with violence and assault underneath. In July 2016, bruised up Briana came forward to talk about the physical abuse she suffered from her boyfriend and husband-prospect via Instagram. Briana Latrise gets beaten by her boyfriend, Iman Omari, in July 2016 (Source: Bossip)

She Instagrammed video clips of her numerous bruises, claimed to have suffered a concussion, and even vowed to press charges against her then-boyfriend. Though the fact she filed a lawsuit against Iman never surfaced, the incident parted the two forever.

After suffering and learning from her experience, Briana finally gets back on track.

What Is Briana Latrise Doing Now?

Briana has finally managed to get back on track with her career and her baby as a single child. She is living a very happy life with her son. She now owns a company named House of blk, which sells artisanal incense and smudge bundles.

She uses her Instagram account to promote her business. Currently, she has 244k followers in her account, making her business successful enough to have a stable net worth of her own.

Despite her ugly breakup in the past, she has managed to bounce back and join the reality show, Growing Up Hip Hop. She has been part of the show for more than six years, but in season 6, it seems like she has found someone.

According to Distractify, Briana is having a positive romance with her now-boyfriend, Chris. According to the show, her boyfriend, Chris, traveled across the country to see her. It seems Chris had liked Briana for a while as he shared about trying to contact Briana through Instagram.

We hope this gorgeous lady soon finds someone with who she can live her life. We will surely update you more on Briana Latrise. Till then, stay tuned.