How Much Is Kendu Isaacs Net Worth? Bio Unveils Kids & First Wife Info

By LRU Writer | On: December 12, 2018
As more and more details surrounding Kendu Isaacs' divorce from his songstress wife Mary J. Blige... Given Mary's substantial net worth - believed to be around... Despite never having kids of their own, Kendu, age... at the time when the ex-married couple got together, Kendu was still with his first wife... When the Family Affair hitmaker got wind of his cheating ways, she pulled the string on their relationship... 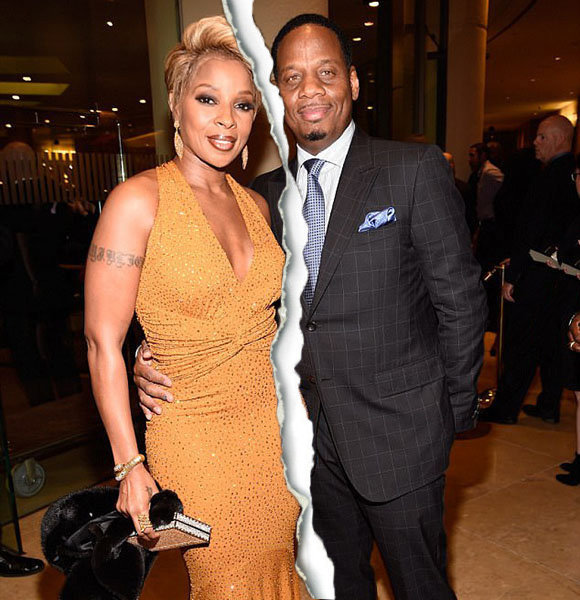 As more and more details surrounding Kendu Isaacs' divorce from his songstress wife Mary J. Blige continues to surface, fans and family friends - including the former's kids from an earlier relationship - alike have effectively taken sides.

With possibly millions of dollars at stake, the split has all the making of a nasty divorce. Has the separation taken its toll on either of the former married couple's net worth?

Delve into Kendu's biography to learn more including his relationship with his daughter and first wife as well as his birthday!

Behind Kendu Isaacs & Ex-Wife's Divorce: Reasons & Impact On Net Worth

Long story short, Kendu's divorce from the Queen of Hip-Hop Soul is his own making!

Rumor has it that the music executive had been cheating behind his then-wife Mary for years; first with his secretary and then with Mary's protege Starshell. When the Family Affair hitmaker got wind of his cheating ways, she pulled the string on their relationship.

After more than 14 years as a married couple, Kendu and Mary called it quits. At the time of the filing of the divorce, the latter had asked to terminate the court’s ability to award spousal support.

The ruling, however, favored Kendu by ordering Mary to pay him $30 thousand in temporary spousal support as well as $135 thousand in retroactive pay in June 2017. Nearly nine months later, the former lovebirds settled the divorce outside the court.

However, it wasn't until June of 2018 that Kendu and his former spouse's split got finalized. Both the parties involved have opted to keep the details of the settlement in the dark.

Given Mary's substantial net worth - believed to be around $20 million - and the fact that they remained married for more than a decade, it's likely that Kendu - who celebrates his birthday on 14th August every year - netted millions. Kendu bio suggests that he and his former muse had met around the turn of the century and would on to foster a manager-client relationship before tying the knot in December of 2018. The one-time couple's marriage, however, didn't bear any kids.

Relationship With Kids: Is His Daughter Brianna (From First Wife) Picking Sides?

Despite never having kids of their own, Kendu, age 50, and Mary enjoyed a fruitful yet somewhat tumultuous relationship with the former's children - Jordan, Nas & Brianna from his previous marriage to his first wife.

Interestingly enough, at the time when the ex-married couple got together, Kendu was still with his first wife. And as a result, his daughter Brianna might have harbored resentment towards his second wife, Mary.

At age 15, Brianna would run away from home, develop cocaine habit in the way and put him and this then-wife on blast for not helping hands. And even amidst overwhelming evidence, she questioned her step-mother's faithfulness.

However, in the most recent times, Brianna has opted to dial down on her rhetorics; so much so that she professed sorrow over the divorce.