By LRU Writer | On: October 15, 2019
Brigette Lundy-Paine does seem...attachment and strings towards the LGBTQ community...still evolving and exploring her own identity...Nina’s romantic link...reflecting back on her own coming out in her real-life... 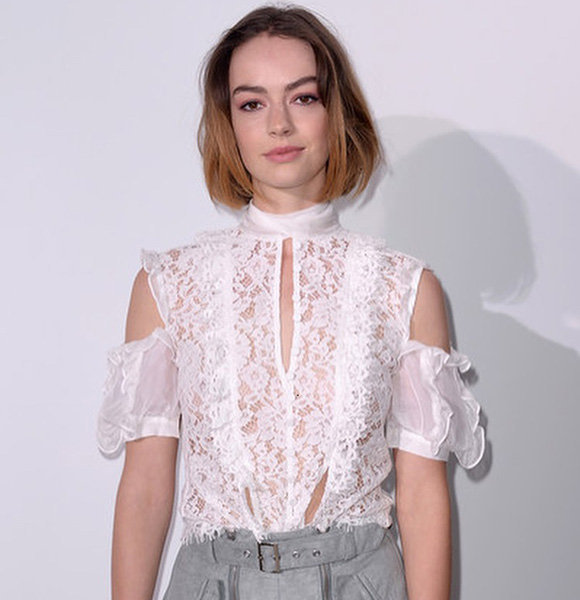 American actress Brigette Lundy-Paine does seem like an exciting person.

The state of her sexuality, her strings towards the LGBTQ community, and even her engagement to a man surrounded her amid weirdness and awe. However, the 25 years old actress with a height of 5 feet and 8 inches (1.73 m), evolved through the odds and started exploring her identity.

Interestingly, she boldly initiated, introducing herself as queer on social media. Her Instagram alone has more than 200,000 followers, where she showcases a range of gender fluidity.

In her Instagram pictures, Brigette sometimes wears women’s dress and makeup, and sometimes wears men’s undershirts and facial hair. It could be her way of letting out her inner-self and insecurities to encourage her followers to be bold and fearless.

Is Brigette Married Or Lesbian?

Brigette is unique in her relationship too. Her confusion and insecurities get in her way of deciding whether she wants to live a straight, bisexual, or lesbian life.

The Action Point star was romantically involved with actor Joshua Hoover in early 2017. As the couples were dating in 2017, her fans could even hear the wedding bells. On 15 July 2017, Brigette’s romantic link Joshua wrote on his Twitter:

After disappearing from the public eyes for the rest of 2017, the duo was seen together only at the premiere of Action Point in Hollywood, California, on 31 May 2018.

As her fans were eagerly waiting to hear the wedding day date, Brigette had another surprise off her sleeve. Not only there was no wedding on the horizon, but Brigette was also exploring her queerness.

In the September 2018 interview with Pride, Brigette shed some lights about confusion with her sexual orientation as she explained:

"I have yet to figure out if I ever will date a straight guy again. It's all about testing the waters." In the same Advocate interview reflecting on her own coming out as a bisexual or a lesbian in her real life, Brigette added:

"I think it was just like a teary phone call to my mom when I had my first girlfriend. And then after that, it was kinda like, oh, I don't have to really tell anybody else. I just date who I want and not have to put up with it."

Consequently, Brigette is a bit of activist herself, be it her own coming out and facing the society or embracing the role of Casey and celebrating queer in Atypical publicly. She even reflected the same vibe via her social media and her interviews. Her role in Atypical and in real life is a movement for Brigette and her supporters.

Bio And Net Worth

Born on 10th August 1994 in Portland, Oregon, she was raised by mother Laura Lundy and father Robert Paine; both were Bay Area producers and performers.

She grew practically in theatre along with her younger brother Benjamin Lundy-Paine as their parents ran a theater company in a little beach town called Alameda.

Brigette was very protective of her siblings and did not hesitate to throw a punch or two on anyone picking up on her younger brother Benjamin. Apart from courage, she had an interest in becoming a scientist while growing up.

But, as if fate had some other things assigned for her, Brigette got inclined to act.

Her roles as Four Finger Annie in Action Point and as Maureen Walls in The Glass Castle were her bridges to move ahead unto a big screen from the theatre world that she grew up in.

Typically, an actress earns around $50K in a year. Brigette's income source is mostly from her TV series, with some breakthrough roles in movies. With her film lined up for 2020, Brigette's net worth is under review as of 2019.