By LRU Writer | On: July 05, 2019
Brooke Henderson started playing golf at the age...day, as Brooke is emerging as one of Canada’s best golfer, people’s interest in her dating life, is also increasing...Brooke's success as a pro-golfer has brought in huge earnings for... 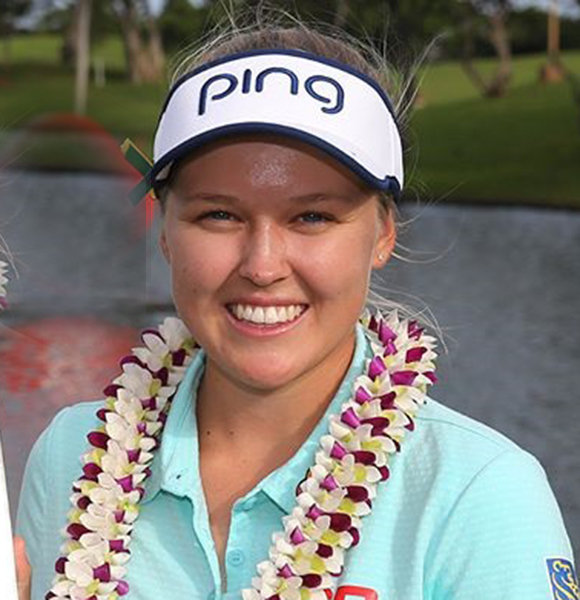 Brooke Henderson started playing golf at the age of three. She began loving the sport as it was a family affair. Even her avid golfer father used to train her.

Well, the affinity towards golf at an early age worked in Brooke’s favor; she brought in her first golf tournament win at CN du Quebec tournament as a 13-year-old in 2010. After excelling at amateur golf, she turned pro in December 2014.

As a pro golfer, she won Portland Classic LPGA tournament in 2015. The win got her prestigious membership of LPGA Tour. Also, she was named Canadian Press Female Athlete of the Year in 2015 and 2017.

What Is Brooke’s Age? Family

Born in 1997, Brooke celebrates her birthday on 10th September every year. The 21-year-old boasts the sunsign Virgo. Well, the Smith Falls native comes from a close-knit family.

Her sister, Brittany, supports her personally as well as professionally, who is the pro-golfer’s caddie. The sister’s bond is genuinely admirable as Brooke considers her sister as her idol. She credits Britanny, who is also a pro-golfer - for her success in golf. As it was after seeing her older sibling play, Brooke got passionate about golf.

Similarly, the sisters’ parents, David and Darlene Henderson, are incredibly proud of their daughters’ success, especially Brooke’s father. After all, he was the first coach his pro-golfer daughters ever had.

Today as Brooke is emerging as one of Canada’s best golfer, people’s interest in her dating life is also increasing.

Insight Into Norwegian Golfer's Life:- Olympic Golfer Suzann Pettersen Engaged to Her Boyfriend? Who Is Her Partner?

However, unlike the noises she makes via her performances in the golf tournaments, her love life is quite. There is not one news about her possible boyfriend out in public. Maybe she is single, or a master secret keeper in terms of a dating life.

Well, she boasts $4 million net worth from her tournament wins and endorsement. Plus, she has also signed a sponsorship deal with the NHL’s Ottawa Senators.

Taking about Brooke’s education, she had to juggle her school and golf career at the same time. When she added 2011 CN Future Links Ontario win to her bio, she was still a freshman at high school.

Explore About Golf Legend:- Professional Golfer Tiger Woods Trips on his Season Opening Round after his return to Farmers Insurance Open

While she managed to clear high school, college, on the other hand, was a different game. In 2018, she was confused about whether to keep playing pro-golf or to start studying at the University of Florida. In the end, Brooke chose pro-golfing.

Taking about her measurements, Brooke has a chest of 34 inches, waist of 25 inches, and hips of 35 inches. Also, her bra size is 38B US size.