By LRU Writer | On: May 25, 2021
San Antonio Spurs shooting guard Bryn Forbes’s long legal fight with his girlfriend for the custody of their kids finally came to an end after the two came to an agreement and Forbes got full custody of his sons...Taylor and Forbes started dating when they were in high school... 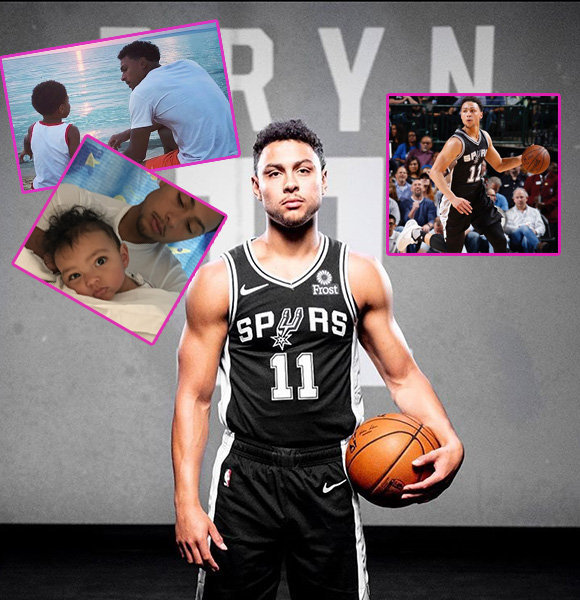 San Antonio Spurs shooting guard Bryn Forbes’s long legal fight with his girlfriend for the custody of their kids finally came to an end after the two came to an agreement and Forbes got full custody of his sons.

In 2018, Bryn and his former girlfriend Raelynn Taylor agreed regarding Forbes getting full custody after a long legal fight in Ingham County Circuit Court.

The dispute began when the couple went through a bitter breakup in March 2017, and Bryn took both his children and returned to Texas without Raelynn’s approval.

After Forbes’ departure to Texas with the children, Taylor tried to get the police to bring back Carter and Leo to her custody, but she failed to do so, and the couple filed a case for full custody in December 2017.

The case went on for a while, with both former partners giving their reasons as to why they should get full custody. Forbes argued that Taylor’s drinking, depression, and parenting skills were a concern for him, while Taylor said he took the children with him without informing her.

The case was resolved in April 2018, when both the two agreed to give full custody of their children to the NBA star.

Hence, their children Carter and Leo live with their father while their mother is allowed to visit them for 60 overnights a year.

Taylor and Forbes started dating when they were in high school.

The couple never got married, but they took their relationship further and welcomed their first son Carter in 2013. At the time, Forbes was overseas with the Cleveland State University’s basketball team.

Soon after the birth of their first son Forbes asked for a transfer to Michigan State University to be close to his son and girlfriend.

After graduating from MSU, the NBA star signed with the Spurs in July 2016. However, at the time, he lived in San Antonio while Raelynn was living in Lansing. The couple started having rough patches in their relationship when Taylor was pregnant with their second son.

In December 2016, their second son, Leo, was born, and despite the difficulties, Taylor moved to San Antonio with both their sons to try to make the family work.

However, things didn’t go as planned, and the parents of the two went through a breakup in March 2017. The split resulted in Taylor moving back to Michigan with both of their children.

Bryn Forbes was born in Michigan on 23rd July 1993 to Brandon Forbes and Sue Forbes. Also, the NBA star has a sister named Erin Warmels. He stands at the height of 6 feet 2 inches (1.88 meters).

As of 2021, Forbes is playing for the Milwaukee Bucks.