By LRU Writer | On: July 25, 2019
Cameron Ocasio is an actor best known for his appearances on...secretive nature even brought an accusation of him being a gay but...wished all the ladies a happy Valentines Day without...trained in martial arts with a black belt before moving to... 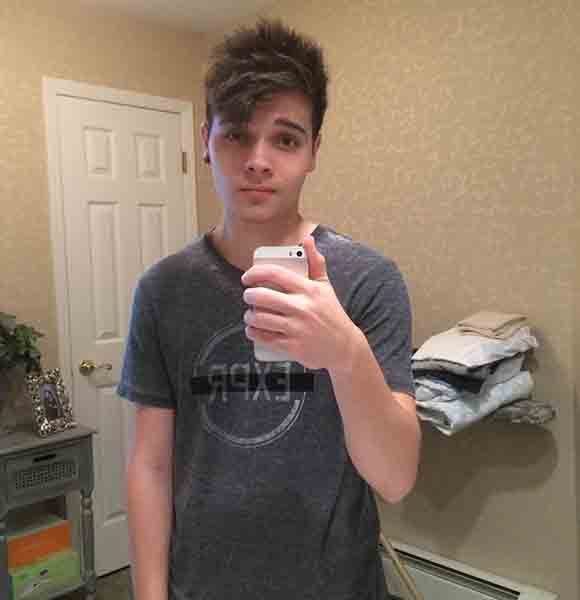 Previously, appearing in the Nickelodeon’s show Sam & Cat, Cameron made a terrific leap in the entertainment business, landing recurring roles in hit movies and TV shows. The actor is now set to make a huge buzz in the theaters with his new film Project Pay Day, which is in its initial filming phase in 2019.

While Cameron Ocasio's professional life is out there, his personal life is in a constant shadow of a doubt. Via Twitter, he revealed that he didn't have a girlfriend during a Q&A session in 2014.

Furthermore, in 2016, he hinted being single, when he wished all the ladies a happy Valentines Day without specifying anyone special. However, given his secretive nature, people doubt about his gay sexuality.

But, the actor has remained tight-lipped about such rumors.

Cameron Ocasio was born in Long Island, New York on 7 September 1999. His parents raised him alongside other siblings; an older brother and younger sister, Gianna. The actor stands at the height of 5 feet 6 inches(1.67m) and posses dark brown eyes, wavy hair.

Growing up, he trained in martial arts with a black belt before moving to the acting business. Apart from acting, the 19-year-old is also passionate for dogs and wants to study Veterinary in coming future.

For a youngster who is just 19, the former child star has managed to wrap up 15 acting credits to his name.

Facing exposure in acting at the age of seven, Cameron worked day and night to live his acting dreams. He made his acting debut in 2010 in the play Bloody Bloody Andrew Jackson.

Then, he featured in 35 episodes of the Nickelodeon series Sam & Cat in 2013. His time for fame came in 2012, from the horror movie Sinister, where he played the role of a BBQ boy.

Soon, he became a popular name appearing in vital roles in every other TV shows and movies. From a short career in acting, it can be said that he has already accumulated a substantial net worth for himself.