By LRU Writer | On: July 17, 2019
One of the bunnies of the...who initially tossed her...Following her appearance for the magazine, Carly...top models of America at the...her sister is a...she has been together with...Carly's total net worth is... 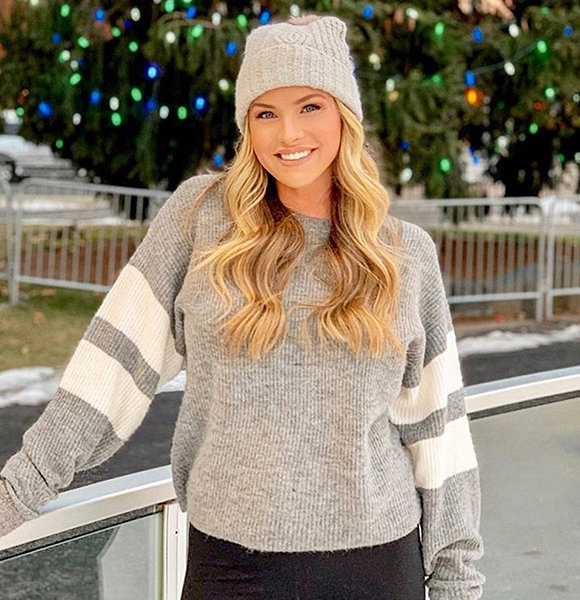 One of the bunnies of the Playboy magazine, model Carly Lauren, is a beauty to adore. With a body of 34D-26-35 in measurements, she is a gorgeous blonde, who initially tossed her career between bartending, modeling, and school.

Playboy approached Carly to feature on the cover of Playboy Playmate of the Month in October 2013, after seeing her jaw-dropping pictures on her social media.

Following her appearance for the magazine, Carly gained fans from all around the world. She became one of the top models of America with a height of 5 feet 9 inch(1.75m) and a weight of 56 kg.

Carly was born on 3 July 1990 in West Hills, California as Carly Lauren Overin.

She grew alongside her parents and two siblings; brother Craig Lauren and sister Kira Brianne Lauren. Her sister is a Geological Engineering student.

Regarding her education, Carly recieved her degree in Business Administration from Cal State. To support herself through college, she started doing modeling gigs but, later she diverted her attention more on her career as a model.

From California:- Brandon Jenner & Wife Of Over A Decade To Divorce | Splits Amicably

With her newfound profession, she also recieved opportunities to act in movies. She worked in films like Southbound Heist, Hollywood Road Trip, and Chocolate Milk Series.

Carly has been together with pro mixed martial artist John Paul Elias for more than a decade now. The couple first started dating on 7 Jan 2010. Enjoying each others company for a few years, the duo eventually got engaged.

Although the engagement date is not known, on 3 October 2015 they exchanged their wedding vows in Malibu Rocky Oaks Vineyard.

Spending four years as a married couple now, Carly and John have always showered each other with compliments and love through thier Instagram handle. The two have never shied to share their personal life. On 4 July 2019 - via an Instagram post - Carly surprised everyone when she revealed a baby bump. Implying that she was 26-weeks pregnant, the picture shared the happiness of the soon-to-be parents.

Within a few months after her modeling career with Playboy, Carly bought her first car on 12 Jan 2014. Proudly stating her love for her car, she even took to twitter to talk about it.

Although she has come a long way since her first pro modeling gig and car, it is not clear how much she earns. From comparison to the average salary of a Playboy model, it is estimated she makes around $48,000.

But Carly's total net worth is not only dependent on her. Being with John, Carly is also enjoying the benefits of being married to a professional MMA fighter.