By LRU Writer | On: April 21, 2019
Lowell-Baltierra household is now a crew of four after the Teen Mom OG stars Catelynn Lowell and her husband Tyler Baltierra added another baby in the mix... The news of the married duo welcoming their third child comes five months after announcing that Catelynn was four months pregnant. In the months leading up to the pregnancy announcement, they went through torrid times, both as parents and a couple... 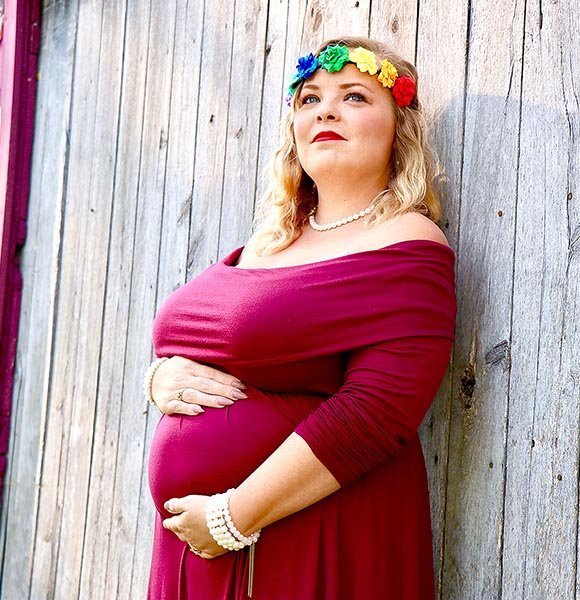 Lowell-Baltierra household is now a crew of four after the Teen Mom OG stars, Catelynn Lowell and her husband Tyler Baltierra added another baby in the mix.

The news of the married duo welcoming their third child comes five months after announcing that Catelynn was four months pregnant. In the months preceding the pregnancy announcement, they went through torrid times, both as parents and a couple.

Read along to learn about the reality star's journey with her husband & their kids so far and more including age and wedding details!

At age 26, Catelynn became a mom for the third time after she and her husband, Tyler welcomed a baby girl named Vaeda Luma on 21st February 2019.

The dad of three took to Instagram to share the joyous news with the Teen Mom fandom. Uploading a snap of the board - which showcased the details of the birth - from the hospital, the accompanying caption marveled at, As for the duo's first child, they gave Carly up for adoption some ten years ago in 2009 -- a decision that the pair stands by till this date. The whole debacle got chronicled on favorite MTV reality show titled "16 and Pregnant."

The backlash Catelynn and her partner faced for their decision, in turn, made them an advocate for adoption. And in years, the pair shifted their focus on mental health-related problems that are so rampant among mothers dealing with post-miscarriage depression.

The MTV reality star - who possesses reported net worth of $20 thousand - is all too familiar with the subject, having dealt with the same in the past. In 2017, she opened about suffering miscarriage, just months after revealing her pregnancy.

So that's why she and her husband, Tyler found it almost hard to believe when they got pregnant for the third time. Catelynn told US Weekly:-

"It was a huge shock at first. We were not planning it, especially after the miscarriage and how I went downhill with my mental illness... " Catelynn Lowell and the co. smile for a family portrait on a New Year's Eve post (Photo:- Tyler Baltierra's Instagram)

By her admission, her bouts with depression almost ruined her marriage. But through counseling and a brief separation, the duo finally overcame their marital problems.

More On Catelynn:- Tyler Baltierra Wants Wife Catelynn Lowell To Be Pregnant With A Baby! Will She?

Together since 2006, Catelynn and Tyler are in their fourth year as a married couple; having tied the knot in front of friends & family at an intimate wedding in August 2015.

With the third child in the mix now, the married couple's relationship is likely to see better days.

Little under a month after welcoming her baby daughter Vaeda, Catelynn marked the milestone by getting a new tattoo. Taking to Instagram on 15th April, she shared a clip of her receiving her latest ink with the caption:-

By the looks of it, the stated ink appears to be an exact copy of the 2015 footprint tattoo she got following the birth of her oldest child, Novalee Reign.

Known for carving intimate tatts, Catelynn also possesses a significant emblem inside in inner arms which reads: "My story isn't over yet."

Interestingly, a day before she put up the stated post, her husband Tyler made headlines after lashing out against the trolls online for leaving not-so-flattering comments on his previous post about her on Instagram.

In response to mean comments, Tyler penned an emotional post, wherein he professed sadness over the unsolicited backlash. Per the father of two, Catelynn copped with suicidal tendencies before they got pregnant with Vaeda.