By LRU Writer | On: February 01, 2018
Chad Michaels: Joyful Family Life With His Longtime Partner It takes a gargantuan amount of courage to out the true sexuality and be successful plus happy. Chad Michaels is one such lucky person who has found both. 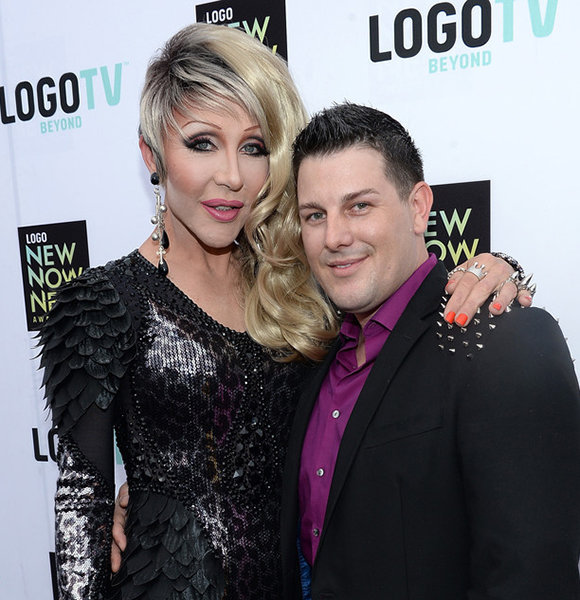 It takes a gargantuan amount of courage to out the true sexuality and be successful plus happy. Chad Michaels is one such lucky person who has found both, but how did she manage to do it? Read on to find that out!

Chad Michaels has been dating for years and is enjoying her family life with her partner of 14 years, who is now her husband.

13yrs is incredibly easy when you have a man like @ChadMichaels1 to share the journey with. Happy Anniversary Lover! pic.twitter.com/utff0iZWCX — Mags (@AdamMagee8803) August 8, 2016

Her husband, Adam Magee's immense love for Chad can be averred from his numerous posts and pictures, that he has shared on the Instagram.

On 4 January 2018, husband Adam Instagrammed the couple picture, writing about the special night.

'We made it on Cars again.'

Later, on 24 March 2016, Chad Micheals, who is currently the head of Dreamgirls Revue, talked about her two lovers, Adam, and Chihuahua called Ratty, via her Instagram.

Chad Michaels also loves and cares for his nephew to whom she said she would put up a part of her jackpot of US$100,000 from RuPaul All Star Drag Race, in 2012.

Born on 20 March 1971, in San Diego, California, US, Chad Michaels is a famous drag artist and performer. She has been impersonating the music diva 'Cher' impeccably on various shows. Chad also played the role of Cher in the movie Bamboo Shark in 2011.

The winner of RuPaul's Drag Race: All-Stars season one in 2012, Chad Micheals original stage name was Brigitte Love. She reverted to her original name in 1997 for a stage show for La Cage, adding 's' to her surname to sound different from George Michael.

After being the runner-up during the fourth season of the reality television show “RuPaul’s Drag Race" in 2012, Chad was later crowned as the ‘Queen of Queens’ at the first season of RuPaul All Star Drag Race, also in 2012.

The RuPaul All Star Drag Race competition also won her hefty prize money of US$100,000, part of which, she said in an interview, would be given to a trust fund for her nephew.

Chad has been in the performance business for the past two decades, since 1995. Besides impersonating Cher, the California native has also worked with some of the most famous singers, such as Christina Aguilera, Cyndi Lauper, and Cher. Nevertheless, she also performs and produces the longest-running Californian Female Impersonator show, 'The Dreamgirls Revue.'

According to 'The Richest,' she is ranked eight on the 10 World's Greatest Drag Queens. Her net worth, as per some sources, dwells around US$15 million, but she is yet to provide any confirmation on the report!

Keep visiting for the emerging updates on the life of Chad Michaels!