By LRU Writer | On: May 19, 2019
Using the fame earned through Survivor, musician Chase Rice pushed his singing talents/prowess to never before seen heights... Youngest in the family of five, the Eyes On You hitmaker... For the majority of his show biz journey, Chase kept his dating life with wife prospects under the wrap... 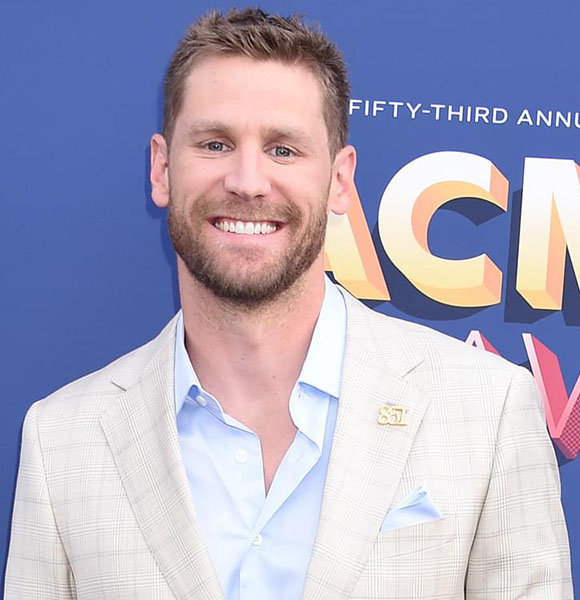 Before his foray into the show-biz, Chase worked in NASCAR as Hendrick Motorsports' rear tire carrier in the pit crew. With Lowe's team, he helped its driver Jimmie Johnson multiple championships.

A graduate of the University of the North Carolina, the artist played the star linebacker role during his college football tenure.

Chase was born on 19 September 1985 to loving parents: Daniel and Connie Rice. He and his two biological siblings grew up in Ormond Beach, Florida, United States.

Youngest in the family of five, the Eyes On You hitmaker is brothers with Casey and Chad. Not surprisingly though, he shares a close-knit bond with them.

In September of 2005, the Rice family suffered a devastating tragedy after Chase's father Daniel - his musical aspiration - died of a heart attack. At the time, he had graduated from AC Reynolds High School and playing college football.

Married Or Dating? Wife Or Girlfriend?

For the majority of his show biz journey, Chase kept his dating life with wife prospects under the wrap. In interviews & on social media, he refrained from opining about the plans of getting married and referred his career as his only girlfriend. Chase Rice strikes a pose with his "girlfriend" circa 2012 (Photo:- Chase Rice's Twitter)

In the common tongue in cheek manner, he confined about having a crush on fellow Country singer Carrie Underwood during a sit down with the website adrinkwith.com in 2013. Carrie is the wife of former NFL star Mike Fisher.

In a rare showcasing of his dating life, Chase cast his mystery ex-girlfriend in the video for his 2018 hit Eyes On You. Per his interviews, though the lovebirds' romance didn't end up in getting married, they remain in good terms.

Insight Into Chase's Net Worth

After his stint at NASCAR, Chase pursued a career in entertainment. Through his college friend, he landed a place in the 2010 installment of the reality series Survivor filmed in Nicaragua.

Dubbed Survivor: Nicaragua, the 21st season of the series saw the "Gonna Wanna Tonight" hitmaker secure the runner's up spot.

Chase's singing at the show's reunion marked the beginning of his musical journey on a mainstream level. Because by the time Survivor aired, he had already put out his debut work titled Friday Nights and Sunday Mornings.

After signing with CAA in 2012, he released his first full-length project called Ignite The Night. Released in 2014, the LP debuted at #1 on Billboard Top Country Albums.

Now a Broken Bow Records signee, Chase dropped his fourth studio record titled Lambs and Lions in 2017. He possesses a seven-figure sum in net worth.