Christine Evangelista with Her Low-Key Dating Affair with Boyfriend!

By LRU Writer | On: January 09, 2018
Christine Evangelista with Her Low-Key Dating Affair with Boyfriend! Born with good looks and raised with incredible acting skills, Christine Evangelista has craved her way in the Holywood. The actress has been a part of some applauded motion pictures like The Intern, The Walking Dead, and Bleed.Apart from that, she has been able to grab a handful of attention for portraying the role of Megan Morrison in the E! series The Arrangement. 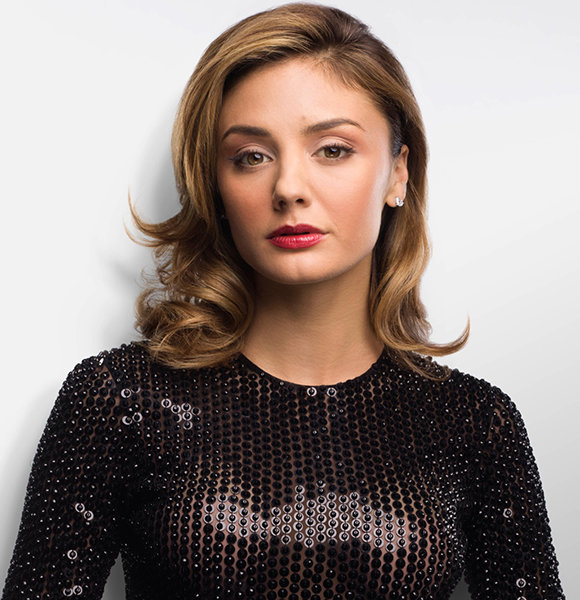 There may be a million shows you have meant to watch, adding them to your watchlist to binge during the weekend. But before you gobble another throwback series, you should definitely check out this one: The Arrangement.

The series that first aired on March 5, 2016, is a twisted kind of love story that involves actors, relationship contracts, and a Scientology.

The E! series, The Arrangement is responsible for the breakthrough of a talented newcomer Christine Evangelista. She portrays the role of Megan Morrison opposite movie star Kyle West which is played by Josh Henderson.

Born with good looks and raised with incredible acting skills, Christine Evangelista has craved her way into the Holywood. The actress has been a part of some applauded motion pictures like The Intern, The Walking Dead, and Bleed.

Apart from that, she has been able to grab a handful of attention for portraying the role of Megan Morrison in the E! series The Arrangement. The viewers were trying to surmise that the series portrayed the high-profile relationship of Katie Holmes and her then-husband Tom Cruise, but the Christine cleared that out.

“I totally understand why people make a comparison like that, but once you watch a few episode you see it's a unique story with unique characters".

The show gained popularity not only for the "TomKat" resemblance but also for the duo's incredible chemistry in front of the camera. While everyone thought the adorable on-screen couple was dating in real life too, turns out their amazing friendship off-camera is the reason behind their incredible chemistry on-screen.

“There’s nothing more than us being friends. We work together and it’s professional, but it’s not fake. We’re not trying to figure it out or force this chemistry, it just works.”

The two often take the liberty of flaunting each other on their social media.

It's safe to conclude that the couple has nothing going on in their real life apart from the splendid friendship bond they share. The pair is busy and having fun shooting for the season 2 of The Arrangement based on their Instagram.

While her rumor with her co-star Josh Henderson is nothing but friendship, the actress is not linked to anyone apart from that. However, she made a whimsical tweet about her girlfriends meeting her boyfriend.

Based on that tweet we can conclude that she was talking about her on-screen boyfriend. Nothing to get too excited about here.

The 31-years-old Christine was born in New York on October 27, 1986. She attended Herbert Berghof School of Acting. The details of her parents are not disclosed, but she does share pictures of her family and her dog on her social media.

She recently shared a picture of her parents on Instagram. The family of four celebrated their father's 60th birthday.

That is one adorable family picture.

The actress spends most of her time with her family and dog when she is not shooting for her movies.