Cole DeBoer Family: Everything On Fleek At Age 29 With Chelsea Houska & Children

By LRU Writer | On: March 22, 2018
Cole DeBoer Family: Everything On Fleek At Age 29 With Chelsea Houska & Children Cole DeBoer, one of the most loved dads on Teen Moms, loves his family more than anything in his life. Cole, who gained popularity as an MTV reality show personality when he appeared on Teen Moms 2 with his then-girlfriend turned wife Chelsea Houska. 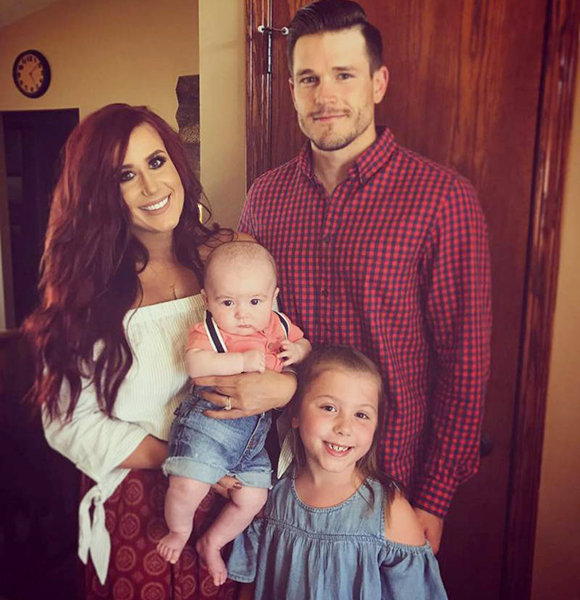 Cole DeBoer, one of the most loved dads on Teen Moms, loves his family more than anything in his life.

Cole, who gained popularity as an MTV reality show personality after he appeared on Teen Moms 2 with his then-girlfriend now wife, gained much appreciation for himself from the fans for his adorable parenting skills and fatherly love for his daughter, Cole.

Well, getting interested in knowing more about family man Cole? Look out for what we have gathered for you!

Cole DeBoer, a perfect dad, not only shares a lovely bond with his children but also with his wife too. Cole is a married family man, and his fans get to witness a lot in and around the social media.

Cole first met his wife, Chelsea Houska, an MTV veteran, who gained popularity through the reality show Teen Mom 2, at a local gas station in South Dakota. The duo locked eyes and some exchanged of glances while standing at separate pumps across each other at the gas station.

Later, Cole found Chelsea on social media and sent her message marking the beginning of their relationship. It has come to light that Chelsea is Cole's first real girlfriend.

After sharing the romantic bond for a year, the couple got engaged in late 2015 and started preparation for the walk down the aisle. Later on 1 October of 2016, Cole tied the nuptial knot with his then-fiancee Chelsea. Moreover, the couple parent two children together; a daughter Aubree and a son Watson. Aubree is Chelsea's firstborn whom she had with her ex-boyfriend Adam Lind, who was out of the picture when it came to raising a child.

However, Cole, in his presence, never made Aubree feel the absence of her father. Cole is a fantastic dad and a father figure for Aubree even though her biological father never showed his presence for her. Moreover, Cole treats Aubree like his own and even attended the father-daughter dance.

The couple later welcomed a son named Watson in January of 2017. Cole revealed the good news of expecting a baby daughter with Chelsea back on 15 March 2018

Nevertheless, Cole, at the age of 29, is living a life that everyone cherishes with his wife and adorable children. His life is on the fleek while he looks forward to raising his family with his job as a traffic control specialist.

With his contribution in various field, he has undoubtedly accumulated a decent amount of net worth despite the fact that he is yet to reveal it in figures.

Stay with us for the emerging updates on the life of Coel DeBoer!