By LRU Writer | On: March 03, 2019
While most people are lucky enough to enjoy the love and care of both parents during their childhood, American comedian Colton Dunn certainly didn't have the luxury...Raised by a single parent, Colton vowed to himself to never abandon his kids when he grows up, and he didn't break the promise... 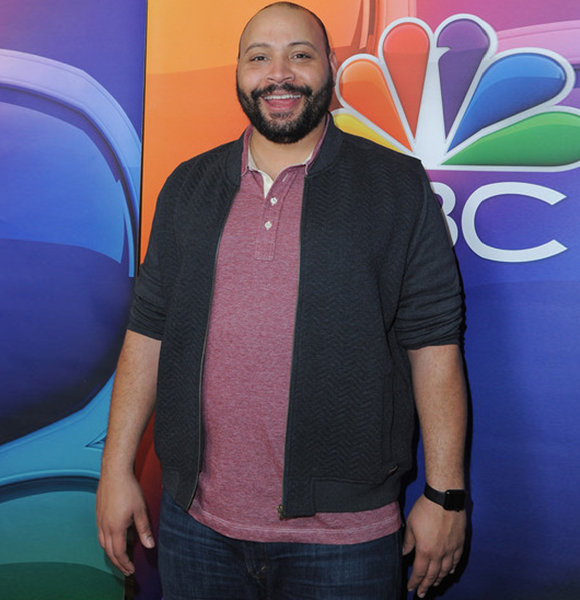 While most people are lucky enough to enjoy the love and care of both parents during their childhood, American comedian Colton Dunn didn't have the luxury.

Raised by a single parent, Colton vowed to himself to never abandon his kids when he grows up, and he didn't break the promise. Today, he is a married man with his wife and children as a family. And, meanwhile, he has not forgotten the hardships his mother went through while raising him. He appreciates her whole-heartedly for the dedication she showered.

Born on 30 June 1977 in Normal, Illinois, Colton Dunn - age 41 - is the result of an intimate relationship between his parents; mother, Kari Dunn Buron, and his African-American father.

But, not much about his father has surfaced out in the media. It's only clear that he was raised by a single mother.

When Colton was still a baby, his mom shifted to St. Paul, Minnesota, where he spent most of his childhood and early adult life. Raising a kid in as a single mother was not an easy task for Kari, but she took the responsibility and succeeded in maintaining a peaceful environment for Colton to grow up.

While taking care of Colton, his mother, an expert in autism - also pursued a career as an author and published several books - some of which are A 5 Is Against The Law, The Incredible 5 Point Scale, When My Worries Get Too Big, Learners On The Autism Spectrum and A “5” Could Make Me Lose Control.

Further, Kari also helped Colton find his passion for acting as she involved him in theatres which shaped him to be the funny comedian he is today.

Appearing in TV shows and movies like Blockers, Key and Peele, and Pretend Time, Calton accumulated substantial net worth. Interestingly, he is earning way more than the average annual salary of a regular comedian which amounts to $20,000.

Probably a sign of prosperity and little obesity, Colton - a tall man with a height of six feet - has gained a few pounds of weight in recent years.

Apart from being a mama’s boy, Colton Dunn is also a loyal husband and a loving father.

Colton and his wife, Jessica Stier got married after dating for a while on 7 January; however, the year of their wedding is still a secret although it’s supposed to be in 2017. His wife, Jessica is a registered nurse, who recently became certified in April 2018. Colton also has a three-year-old daughter from a previous relationship; however, the name of the child is not disclosed.

Although the kid is not Jessica's biological offspring, she still cares for the child and has taken up the responsibilities of a mother, for which Colton is proud of his wife.