By LRU Writer | On: October 03, 2019
In the world full of superheroes Cote de Pablo is a... Post her withdrawal from the show...There was this one person she didn't hesitate declaring her love to...Considering the amount of time she spent on the... 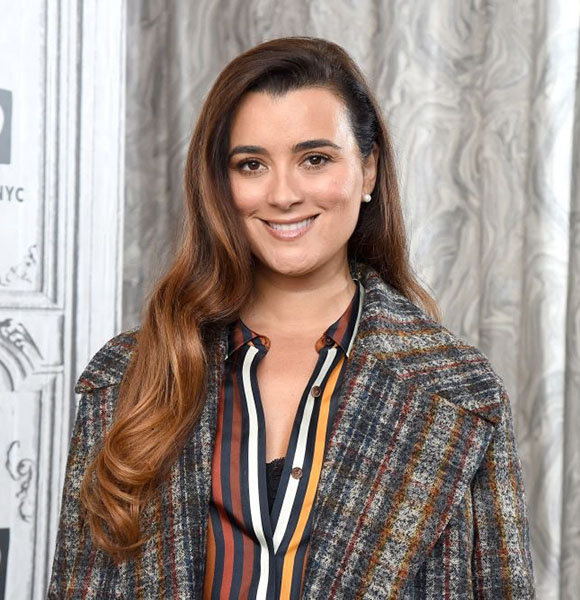 In the world full of male superheroes, Cote de Pablo is a shero. She did her stunts on NCIS, in spite of being frequently injured.

The actress played Ziva David on the show and even won an ALMA Award for her outstanding performance. The series was also declared the most famous American television show of 2012.

It was right before the show's season 11 premiere in July 2013 that the announcement of her departure from NCIS was made. Post her withdrawal from the show; Cote appeared in films and miniseries like The 33 and The Dovekeepers.

Cote's first big break had come in 1994 as a co-host of a Latin-themed television talk show, Control. Considering the amount of time she spent on the showbiz, many wonder how old she is. Read on to know the answer to that and other exciting details about the beautiful actress.

Cote was born as Maria Jose de Pablo Fernandez on 12 November 1979 in Santiago, Chile. However, she was raised in Miami, Florida, where the actress attended Arvida Middle School and graduated from Carnegie Mellon University in 2000.

She had already kickstarted her acting career while she was attending university, appearing in plays including The Fantasticks, The House of Bernarda Alba, Cloud Techtonics, and Indiscretions.

Not just her rising career but also her youthful look even at the age of 40, has caught people’s attention enormously.

Cote has often been tight-lipped about her love life. However, there was this one person, to whom she didn't hesitate to express her love.

Cote even weaved dreams of getting married and having children with Diego. Unfortunately, the couple called it quits after they hit the 15th year. Although there were gossips that the stunning actress sparked a love interest with her co-star Michael Weatherly, there was nothing substantial to prove it.

However, Michael flirted with her during the audition for her role to see if they had the right chemistry. So, the truth behind her split could be fueled by her alleged romance on set. But, since there has been no evidence, it remains a mystery. And, the actress is not officially off the market yet.

Even the ladies eyeing on beautiful Cote could still have a chance to date her today, as the actress herself has never discussed her sexuality.

Cote has not only established herself as an actress but also a singer.

She sang a cover of the Tom Waits' song Temptation during an NCIS episode. She earned a handsome salary of $120,000 per episode from the show.

All in all, from co-hosting to acting and singing, she has accumulated an impressive net worth of $6 million.