By LRU Writer | On: March 03, 2020
Curtis Pritchard is a professional dancer and...best known for his appearance...was born on...father Adrian is also a dancer...began his dancing career...started dating model...after dating for less than a year the couple has parted ways...split news was confirmed...Previously...stands at a height of...attacked by a group of eight thugs... 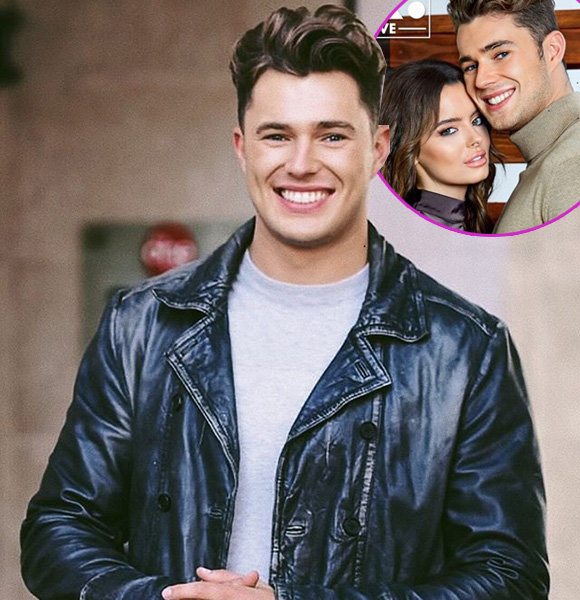 Curtis Pritchard is a professional dancer and choreographer, who is classically trained in ballroom and Latin dance forms.

Curtis Pritchard was born on 7th February 1996 to Adrian and Debi Pritchard in Cheshire, England. He grew up alongside his elder brother AJ Pritchard.

His father, Adrian, is also a dancer and well-known ballroom and Latin dance choreographer, who runs the Pritchards' Dance and Fitness Academy. Whereas, his mother, Debi, is a Pilates instructor. Being inspired by his father, Curtis began his dancing career at the age of eleven; he became a Youth Champion in Ballroom and Latin dance.

In 2019, Curtis started dating model Maura Higgins after meeting her on the fifth season of the dating reality show, Love Island. The couple made their romance official in October 2019, three months after leaving the reality show.

But after dating for less than a year, the couple has parted ways.

Maura confirmed Their split news on 2nd March 2020 via her Instagram story. On the post, Maura disclosed that the breakup was mutual, and both she and Curtis did not hold bad feelings for each other.

Previously Curtis was in a relationship with fellow dancer Emily Barker.

But after dating for two years, the couple parted ways in January 2019.