By LRU Writer | On: March 03, 2020
They started dating during two-third of the show after...she and her boyfriend were in a long-distance relationship due to...was previously engaged to...Family Insight...surgery also known as lip...In terms of height, she stands...he remains supportive of her throughout the start 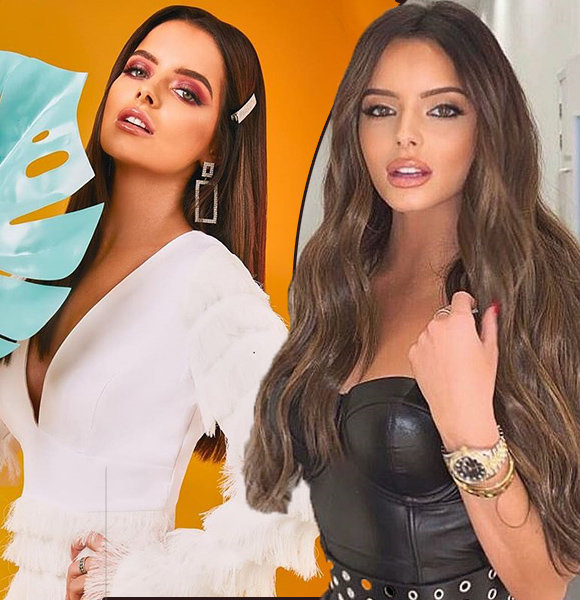 Model Maura Higgins became an overnight TV icon following her participation in the reality show Love Island in 2019. She even starred in Liam Payne's 2017 music video for the track Get Low.

Also, she is one of the major participants in another reality show Dancing On Ice that premiered in 2020.

Maura Higgins has split from her dancer boyfriend, Curtis Pritchard.

The couple started dating in the fifth season of the reality show, Love Island, in 2019. But after dating for eight months, the duo has called it quits.

Maura confirmed the split on 2nd March 2020, by posting a story on her Instagram account, where she disclosed that the breakup was mutual and both she and Curtis did not hold bad feelings for each other.

Further, Maura also thanked fans for supporting them during their time in the Love Island Villa.

Maura Higgins and Curtis Pritchard started dating after Curtis broke off with contestant Amy Hart in the reality show Love Island. However, the two had apparently known each other long before appearing together on the reality show.

As per Brian Redmond, judge of Dancing With The Stars, during an interview with Irish Mirror in 2019, he disclosed,

Maura knows the show because she has been a brand ambassador for Bellamianta, who are the tanning company for Dancing With The Stars.I believe Maura had been out a few times to watch the show and apparently she and Curtis had cast eyes at each other across a busy dance floor years ago.

Towards the end of that 2019, she and her now ex-boyfriend were in a long-distance relationship since Curtis' stay in the UK was mandatory to focus on his play till 5th January 2020. The performance was held at Wycombe Swan Theatre and ran till 5th January 2020.

Maura was previously engaged to James Finnegan, a car salesman in 2013. She continued her relationship with James for a few years until they broke off in 2017. Likewise, after her split with James, the model dated boxing coach Shane McGuigan who is well known for working with sports legends such as David Haye.

Maura's parents are Seamus Higgins and Sharon Higgins. Her mother is a professional nature photographer whose Insta handle (username snowdrop_kisses) has amassed more than 10 thousand followers. Talking about her dad Seamus, he remains supportive of her throughout the start of her career. In 2019, after she left Love Island securing the third position, her father gave her a warm and emotional welcome when Maura landed at the airport in the UK.

Facts About Maura Higgins Including Age :