By LRU Writer | On: May 19, 2019
Canadian media personality Cynthia Loyst has been married for years, but her marriage might not be fancy like everyone expected...In fact, Cynthia and her husband might not be even legally bound. Explore the strange married life of Cynthia Loyst, along with her family and son details... 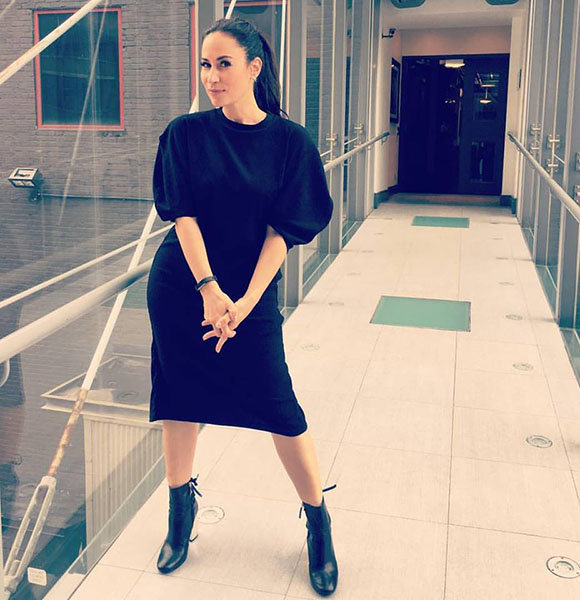 Canadian media personality Cynthia Loyst has been married for years, but her marriage might not be fancy like everyone expected. In fact, Cynthia and her husband might not be even legally bound.

Explore the strange married life of Cynthia Loyst, along with her family and son details.

Cynthia is a married woman, but not in a legal sense. She and her partner of nearly two decades are both non-religious, so the duo decided not to approach a traditional wedding. Her longtime partner Jason is an actor, who has performed in several Canadian movies and TV shows.

Nearly after a decade of commencing their relationship, Cynthia and boyfriend Jason agreed upon a marriage. The couple visited The Distillery located in Toronto, Canada and tied the wedding knot.

The ceremony wasn't a fancy one as the pair were pronounced as husband and wife by a close friend.

Soon after the common law wedding, the TV host became pregnant with a child. In 2013, she delivered a son named Jaya. As time passed, Cynthia and her husband's love has grown deeper. Meanwhile, their kid is also growing like a weed. With a family of three, Cynthia leads a prosperous life; although she is yet to legally married.

Cynthia's bio reveals her date of birth as 10 October 1978. Born in Canada, she possesses a Canadian nationality. Meanwhile, her ethnic background consists of Mexican and German heritage, which she derived from her family.

Cynthia, who earned a degree in Bachelor of Fine Arts, completed her education from York's University.

As a media personality, she has hosted several TV shows, including Sex Matters and The Social. Further, she is also the creator of an online hub titled Find Your Pleasure, which is focussed on sharing sexual fantasies and relationship stuff.

For her works, Cynthia is paid a handsome salary that averages $61,463 per year.

Cynthia is not only an ambitious woman, but she is also a beautiful lady, who has won the hearts of many of her viewers. One of her most features is considered to be her height, which stretches to 5 feet and 9 inches (1.75m).

Further, she has not let her weight get the best of her as she has always approached a healthy lifestyle.

Despite becoming a mother in 2013, she quickly shed off the extra pounds.