What Is Daisy Head's Dating Status? This Beautiful Actress Has A Boyfriend?

By LRU Writer | On: April 02, 2018
The English film and television actress, Daisy Head is one of the beautiful and talented actresses of Hollywood, who already had a dozen of work credits in her portfolio. Also, the younger sister of actress Emily Head, Daisy's professional success may need no introduction, but the same is not the case for her dating life. 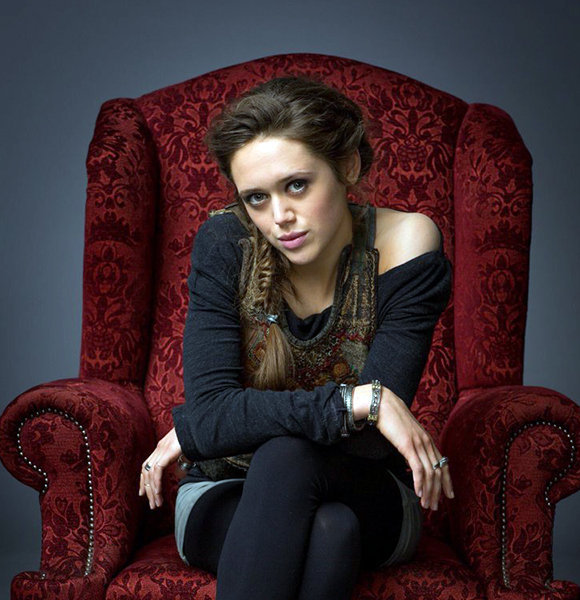 The English film and television actress, Daisy Head is one of the beautiful and talented actresses of Hollywood, who already had a dozen of work credits in her portfolio. Also, the younger sister of actress Emily Head, Daisy's professional success may need no introduction, but the same is not the case for her dating life.

So today, we'll be serving you with all there is to know about the dating life of your favorite actress, Daisy Head!

The beautiful Daisy Head has a long list of work credits, including movies like The Last Seven (2010), The Fallen (2016), Underworld: Blood Wars (2016), that fortifies her professional success.

However, when the focus turns to her dating life, Daisy seems empty-handed as no news of her dating or having an affiar has surfaced in the media.

Daisy is not spotted or tangled in any dating rumors that can claim the presence of a boyfriend in her life. As of now, Daisy remains single in the media's eyes and seems busy assembling her path to stardom.

Perhaps, Daisy's professional life regarding her work in the movies and TV series have kept her busy all the time. As the time and dedication required for having a successful accomplishment one after another is massive, Daisy looks to be dedicating her talents and time in full amount to her career.

Presumably, Daisy's dedication towards her work has hardly left any time for Daisy to be dating and having a boyfriend.

Daisy Head Belongs To The Family Of Actors!

The 27 years old actress Daisy has her family members in the entertainment world as succesful actors. Her father, Anthony Head, is the famous British actor known for his work in the most appreciated Television show Buffy the Vampire Slayer, while her elder sister Emily Head is the actress of the long-running series, Emmerdale.

Following the father's footsteps just like her sibling, Daisy made her debut mark as the recurring character, Kate Barber in the show, Feather Boy in 2004. Since her debut, Daisy has been giving her best in all the following years. Daisy along with her father, Anthony Head, and sister, Emily Head (Photo: The Fallen Series' Twitter)

In the 2016's drama series, The Guilt, Daisy shared the cameras with her real-life father Anthony; Anthony played a stepfather to Daisy on the screen. Talking about her experience of working with her dad, Daisy expressed that her father inspired her a lot, and she found it humbling to work with him.

As of now, for the second time, Daisy is starring along her father in the ITV's British series, Girlfriends, along with a 2018's film, Ophelia.