By LRU Writer | On: October 30, 2019
For the most part, New Zealand actor Daniel Gillies..He is profoundly known for his character of the gentle, passionate, and selfless ...Someone was sure to fall in love with Daniel, and it happened in the...It was a sad moment for the two; however, both seemed to be content with their...actor was adept at acting from the...family with...amassed a fortune of... 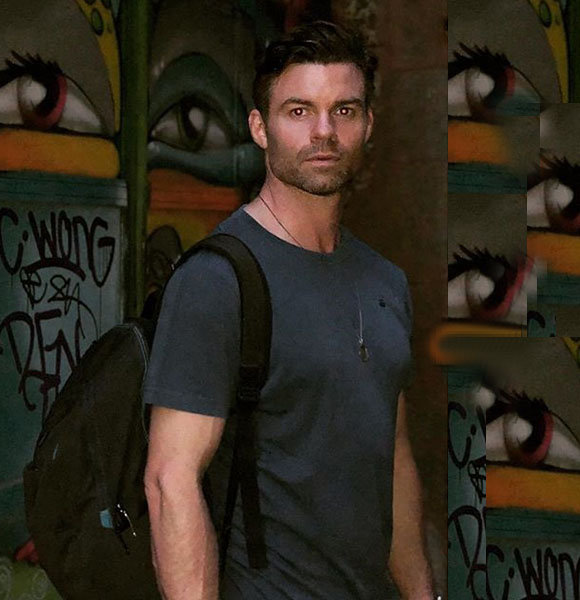 For the most part, New Zealand actor Daniel Gillies is a heartthrob of a personality for many ladies and women out there.

He is profoundly known for his character as the gentle, passionate, and selfless Elijah Mikaelson on The Vampire Diaries and The Originals. His charismatic smile and stern look bedazzled many, but what about the one who won his heart.

Take a peek into the handsome actor's married life, wife, girlfriends, kids, and net worth details down below.

Someone was sure to fall in love with Daniel, and it happened in the year 2001 as the actor met his wife to be Rachael Leigh Cook. Going on to date for three years, Daniel tied the knot on 14 August 2004.

The duo spent almost the first decade of their marriage without any children. However, on 28 September 2013, they welcomed their first child into the world named Charlotte Easton Gillis.

However, the couple's union came to an end in 2019. Announcing their seperation publicly, Daniel and his wife ended their 14 year-long marriage. It was a sad moment for the two; however, both seemed to be content with their decision. The two shared some lengthy heart touching words on the topic, but none have revealed the actual reason for their decision to split. Daniel and Rachael have confirmed that it was not infidelity for sure, and will remain good friends to each other and co-parents to their two children.

Daniel Gillies is the son of a pediatrician father and a nurse mother. A native of Winnipeg, Canada, the actor's date of birth is 14 March 1976. On a side note, Daniel is also related to the late Sir Harold Gillies, the iconic pioneer of plastic surgery. He also has a sister named Gloria Gillies.

The 43-year-old actor was adept at acting from the very start. When his family moved from Canada to New Zealand, he started honing his acting skills. Initially, he struggled to find roles and even worked at restaurants to support himself.

Now a promising star in movies and TV shows, he is raising his two kids with an ex-wife.

Standing at the height of 5ft 9 ¾ inches (1.77 m), TV actor Daniel Gillies has made a strong impact in the entertainment industry in prosperous years.

From roles like in New Zealand drama series Street Legal, Spider-Man 2, and The Vampire Diaries, Daniel is estimated to have amassed a fortune of $3 million in total.

In 2019, Daniel is taking his acting skills to good use on the set of Virgin River and crime-thriller Coming Home in the Dark.