By LRU Writer | On: February 17, 2020
Daniel Mays and wife attend the premiere of the movie...The two have been married since...The actor first shared the news of his wedding through his Twitter handle with a caption that read...his career as he portrayed the character of a gay...started appearing in critically acclaimed movies such as... 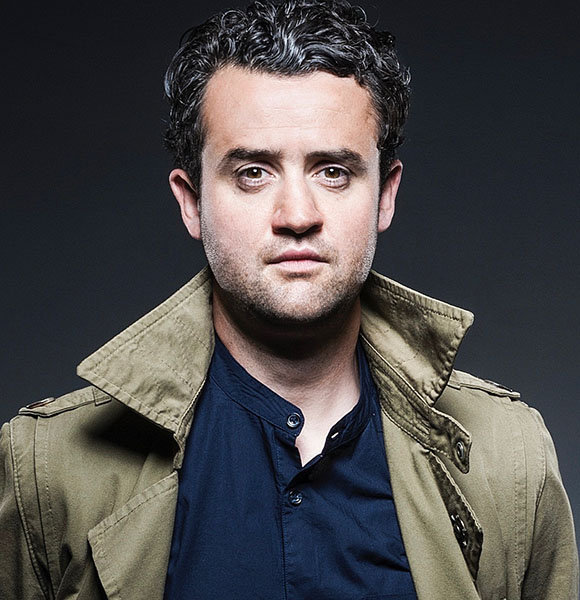 Actor Daniel Mays is best known for playing the role of Sergeant Danny Waldron in BBC's drama, Line Of Duty (2012). This project even led him to get nominated at the 2017 BAFTA TV Award in the category of Best Supporting Actor.

Throughout his acting career, he was recognized by other awards and nominations as well; in 2004, he was awarded the title of Best Actor at the Palmare-Reims Television Festival for his performance in the movie, Rehab (2003).

Daniel is married to longtime girlfriend Louise Burton, a makeup artist. The two have been married since 25th August 2018. The actor first shared the news of his wedding through his Twitter handle with a caption that read,

Got hitched on Saturday! With deep love and thanks to everyone who came to celebrate our magical day. Memories to last a lifetime X.

The Line Of Duty star also shared a picture from their wedding that featured the pair's two children, son Mylo, and daughter Dixie Mays. Likewise, the artist started appearing in critically acclaimed movies such as Atonement (2007) and Mr.Nobody (2009). In 2011, he also voiced the character named Allan in the big-budget animated film, The Adventures of Tintin (2011).

He even played the role of Tivik in the hit Star Wars Franchise movie, Rogue One: A Star Wars Story (2016). Daniel Mays plays the role of Tivik in the movie Rogue One: A Star Wars Story (Photo: kronozio.com)

Daniel also portrayed diverse roles over the course of his career as he portrayed the character of a gay journalist in the movie, Against The Law (2017).

He also played the role of character Arthur Young in the Amazon series, Good Omens (2019).

Talking about Daniel's recent TV projects, he will be seen portraying the role of DI John Major in the upcoming TV show, Code 404, slated to be released in 2020.