By LRU Writer | On: October 03, 2016
Marriage has been one of the most criticized and controversial things in almost all parts of the world, and it has become very tricky these days. Until you are happy and satisfied with your partner, it is all good but as soon as things are out of control, "divorce" is the widely used option. 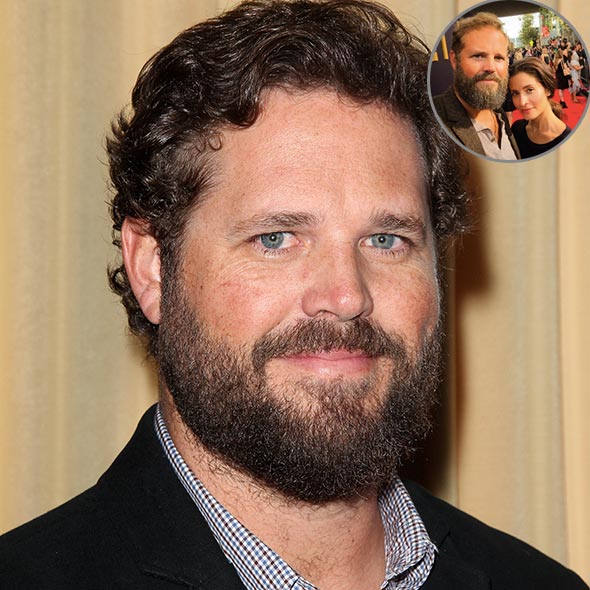 Marriage has been one of the most criticized and controversial things in almost all parts of the world, and it has become very tricky these days. Until you are happy and satisfied with your partner, it is all good but as soon as things are out of control, "divorce" is the widely used option.

Although many of these divorced end in struggle and tears, however, there are many people to whom it brings enormous joy and as well as paves options for new encounters.

Actor David Denman is a veteran American TV actor, probably best known for his role in The Office. However, his private life is what concerns us here as he and his second wife Mercedes Mason,@mercedesmason are in deep love with each other and have expressed their feelings for one another openly all over social media.

The two of them got married on 13th August of 2014 and are still together and happy. Mason herself is an actress who started her career in her country; Sweden and then moved to Hollywood.

Happy Birthday to my favorite husband @david_denman I hope I get to spend the rest of my life busting your balls and taking embarrassing photos of you while you sleep! Ahhh, love. ??????????

Although we are very happy for the couple and wish them all the best, it sometimes can bug on how happy a man can be with his wife. But he had to get married for the second time to be this happy as all was not well between him and his ex-wife Nikki Boyer.

Nikki and David were married between 2001 and 2010, and after the divorce, it seems she has developed an interest in other men. Since they didn't have any children to their marriage, it made the divorce more comfortable to take place.

But that is perfectly understandable because David has moved on himself and has been married already to his girlfriend and current wife, Mercedes,

David Denman was born on the 25th of July, 1973 in Newport Beach, California, U.S.A although his childhood was full of moving around in different cities of South California as well as in Washington D.C.

He took lessons at the American Conservatory Theater in San Fransisco and has a B.F.A. degree in Drama from the Juilliard School, New York. Upon graduating, he started to work as a small-time actor and made several short appearances in TV shows as well as on stage towards the late 90s.

After he had moved to L.A to work as a professional actor, he got his first break in the Warner Bro's picture The Replacements (2000).

After that, he kept on appearing in one role after another and while devoting most of his time for TV and cinema; he was also associated with theater and stage acts.

With his current involvements in TV shows like Outcast and Angel from Hell, we also have news that he will be starting the next year in Logan Lucky and Power Rangers movies, which is sure to add more to his already rising net worth value.